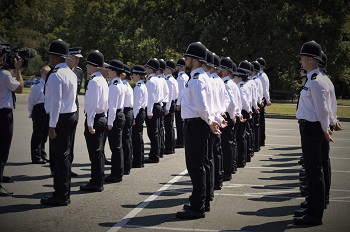 Greater focus on retaining new recruits is crucial alongside fairer pay and conditions.

Concerning figures have exposed how many officers have left the service before completing probation.

Data from the National Police Chiefs’ Council, obtained by Police Oracle, revealed the average attrition rate is 9.1 per cent with 2,567 leavers from 28,173 new recruits.

The recruits have been recorded from November 2019 and the leavers from April 2020.

On the more alarming end of the spectrum, 19.3 per cent of Northamptonshire recruits have exited during probation since the start of the uplift programme.

North Yorkshire recorded 16.8 per cent, followed by Cambridgeshire at 16.1 per cent and Bedfordshire with 15.7 per cent.

The Met has seen 528 officers leave before completing probation - 7.9 per cent of total recruits to the force.

On the lower end of the scale, Cumbria and North Wales each have a rate of 3.9 per cent, while Merseyside and West Midlands both recorded 5.4 per cent.

A PFEW spokesperson said: “Although the data shows significant variations in attrition rates across forces, it is concerning to see some have reached double figures. From day one we have said retention is as vital as recruitment.

“Our members deserve more investment in mental health and wellbeing, better benefits and the most appropriate integrated learning that equips them for the reality of policing.

“It is also paramount our police are paid fairly for the stresses and the hazards they face while protecting the public.

“The starting salary for many officers in their first year of undertaking a police constable degree apprenticeship is £19,164 which is barely above the current national living wage - which is set to increase in April.

“Additionally, more than one in 10 police officers told us in our most recent survey they are not or almost never able to cover their monthly essentials, while almost half said their pay increased their intention to leave the force.

“Leaders must ensure they do not just focus on getting people through the door, but also do what is needed to keep them by putting their workforce first so policing can continue to provide the best service to the public.”

In January, we aired further concerns when Home Office statistics revealed the uplift programme was just halfway towards meeting its target, and, if it does reach the numbers pledged, would only bring the service back to pre-austerity levels.

Data showed 11,048 officers have been recruited from funding for the Police Uplift Programme and contributed towards the target of 20,000 by March 2023.