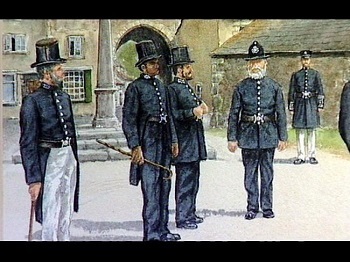 Thanks to extensive research by dedicated retired Cumbria officers Raymond Greenhow and Bob Lowther, we can share details of the fascinating career of Britain’s first black police officer.

John Kent was born in 1805 in Carlisle. His father, Thomas Kent, was a former slave of the Senhouse family at Calder Abbey, West Cumberland.

John began his policing career in 1835 where he was a constable at Maryport before the establishment of Cumberland and Westmorland Constabulary in 1856.

Drawn to the buzz of the city, he decided to transfer to Carlisle City Police as a “supernumerary constable” – or probationer - on 17 August 1837, before being made permanent on 26 October 1837 with the most eventful period of his career looming.

In Victorian Britain, the general elections were met with rioting due to the electors’ disapproval of the candidates. Many just seized the opportunity to cause damage. There were serious election riots in Carlisle in 1869, when John Kent and others were stoned with one officer sadly losing their life after being struck on the head.

John’s other brave acts in the line of duty included the moment where he was threatened by a man with a knife. He single-handedly disarmed the man and made an arrest. Two others accompanying the man did not get away with it though and were arrested later that evening. 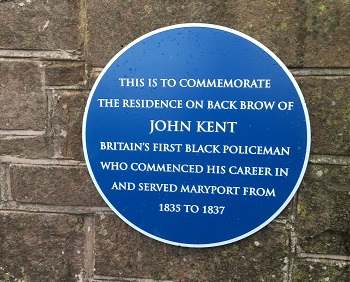 A plaque was unveiled by the National Black Police Association in 2019. (Credit: NBPA)

He also saved a 17-year-old from drowning, although they tragically died six hours later.

On 6 December 1844, John arrived for duty while intoxicated which was common in forces in the 19th century as people found drinking ale safer than drinking the water which could be contaminated with typhoid and cholera. Owing to a policy introduced by a new Chief Constable to sanction officers drunk on duty, John was pulled in front of a watch committee made up of elected councillors with the power to hire and fire members of their forces. He was dismissed from the service on 12 December 1844.

He then became a parish constable at Longtown where he continued to protect the public in the face of danger. He responded to an assault where a three-pronged fork was driven into a man’s chest, close to his heart.

John died on 20 July 1886 at the age of 81 at his home in Henry Street, Carlisle, and was buried in Carlisle Cemetery.

A plaque was unveiled during Black History Month 2019 by the National Black Police Association to commemorate his life.