Britain’s police forces have many heroes, but we need to change our culture 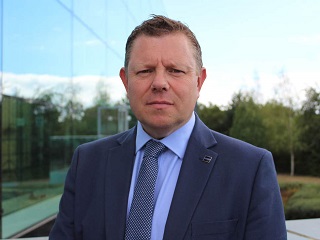 Earlier this month the Police Federation held its 25th National Police Bravery awards, where we heard inspirational stories of extraordinary heroism. There were countless incidents where police officers put their own lives at risk to protect others, many being seriously injured while doing so and some paying the ultimate price.

During my 29 years as a police officer, I have found the majority of those working in policing to be professional and committed individuals whom I am proud to call colleagues. I don’t make this next statement lightly — we really do have the finest police officers in the world.

I’d also be the first to admit that not everyone in the police service is always perfect. As in all walks of life, jobs and professions, there’s a minority of officers who do not uphold our shared sense of honour and values; just one bad apple can do considerably more damage than the thousands of individual acts of bravery or compassion that are carried out by police officers every single day.

In the UK we police by consent — the police are the public and the public are the police — but the shocking circumstances of the murder of Sarah Everard understandably rocked that relationship. Make no mistake, my colleagues and I are angry that a vile individual in our midst, whom I refuse to name, abused his authority and role as a police officer to commit such a horrendous and devastating act.

It is also right that there is an independent inquiry to review the circumstances surrounding the murder of Sarah Everard, so the police service can ensure that all necessary lessons are learnt.

I know I speak for all of our 130,000 members when I say that, as police officers, we are acutely aware that we must never take public support and confidence for granted.

Sarah Everard’s horrific murder has impacted on our relationship with the public. Everyone in policing must face that. It’s not enough to say that this was the actions of one evil man who deserves to rot in jail. We must demonstrate not only through our words, but also through our actions, that sexism and misogyny have absolutely no place in the police service.

Misogyny is not just a problem for women — it’s a problem for us all. Far too often there is silence when this takes place, and through this inaction we are failing each other and the wider society. Even within policing, female staff are treated differently from male counterparts. We badly need to restart how we deal with this internally to get our own house in order, and police leaders must be far more vocal in calling out this injustice.

What problems do female officers sometimes uniquely face? We need to consign to the history books some of our “canteen culture”, where sexist nicknames and derogatory remarks are made. When banter crosses the line to become sexist, derogatory or homophobic, that’s when it ceases to be banter, and this is where we need a recalibration.

There is growing evidence that shows some policing actions are culturally out of step. Recent events have shone a spotlight on this and without doubt damaged public confidence. Maintaining public confidence in policing is essential, so we have to accept that we have a problem, as only then can we deal with it. Cultural change is never easy, and this is not unique to policing, but just because it’s not easy doesn’t mean we mustn’t try. Doing nothing is not an option.

Polling undertaken over the summer showed that four out of five members of the public believe that being a police officer is a job worthy of respect, and more than four out of five think the police are important to supporting the fabric of the community.

As many as 96 per cent of people think that a police presence remains important for reducing levels of crime. There is also sympathy for the increasing pressure police officers are under, with the vast majority of voters agreeing that the day-to-day life of police officers has become worse over the last 10 years. While I welcome these results, I certainly don’t take them for granted.

These police officers are the same people who stepped up to the mark during the pandemic and faced abuse, unfair vilification on social media and even assaults. They also worked in hospitals, drove ambulances, removed bodies from homes and had to police almost unenforceable and ever-changing Covid-19 legislation. For this, the reward for the vast majority from government was a zero per cent pay increase, and while we welcome the chancellor’s decision to end the unfair pay freeze for some public sector workers, this will be meaningless unless the increase for police officers is more than the 4 per cent inflation figure he predicted.

So we will continue to campaign for better pay and conditions for police officers, but while doing so, we recognise that we also have to rebuild the trust with the public that has been shaken by recent and tragic events.

This article first appeared in the Sunday Times.