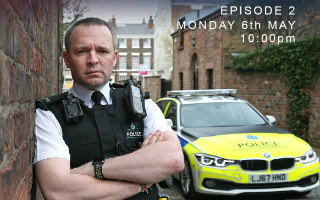 Harrowing stories of police bravery in the face of extreme danger will be told in the second episode of a new documentary series on Bank Holiday Monday (6 May 2019).

Police Code Zero: Officer Under Attack has been produced in collaboration with the Police Federation of England and Wales (PFEW) and uses bodycam footage and first-hand accounts reveal how far suspects will go to try to escape justice.

The latest episode of the four-part series will be broadcast on Channel 5 at 10pm on Monday 6 May and will include commentary from PFEW National Chair John Apter. It includes footage of:

Nearly a million viewers tuned in to watch the first episode last week, and saw an officer being violently assaulted during a routine traffic patrol and a suspect biting a police dog.

John Apter, National Chair of the Police Federation of England and Wales said: “The seriousness and frequency of assaults on police officers is vastly under-reported. We campaigned for a change in legislation for tougher sentencing for those who assault emergency service workers. This came into effect last November but there is far more to be done. We need legislators, the Crown Prosecution Service and magistrates to take the toughest stance on those who assault police officers.”

More about our campaign to Protect the Protectors