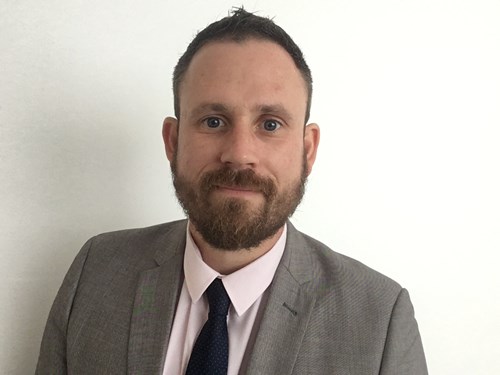 My last posting before becoming your Chairman was as a Beat Manager based at Great Yarmouth. I have been a Fed rep since 2011 and, more recently, Vice-Chairman. I am trained as a discipline friend and am now the Conduct & Performance Lead for Norfolk Federation. I am also trained in Post Incident Procedures which are enacted when officers have been involved in a death or serious injury as a result of police contact.

Unfortunately, and like most other younger in service officers, I have been hit by the Governments changes to our pensions. I’m acutely aware of the strength of feeling amongst officers as I’m one of those. I am always happy to answer questions around the Federations position.

The Federation locally provide an excellent service and I want to improve on this.

I have been making local contacts with media outlets and journalists to get Norfolk police officers voices heard. It’s extremely tough out there and has been for a good while. I know we don’t have enough police officers and this places a huge amount of strain on you, physically and mentally. We are seeing a rise in officers reporting mental health issues, PTSD and other illnesses which are as a result of their work. I’m working behind the scenes with the General Secretary, Keith Bristo, to improve the service the Force offers to those officers as we all are the most important asset the Force has. Officer numbers and welfare are subjects always on the agenda when I meet with the Chief and other senior officers. I have also been making strong representations to the Chief on TASER and have impressed on him the desire of his officers is to have more officers trained in TASER. Recently you would have heard we will be getting an extra 85 officers trained in TASER. This is an improvement but I want all officers that would like TASER to be given the training and access to TASER.

I have been in contact with all Norfolk MP’s to make them aware of the current situation. I plan to meet with all of them separately so that I can impart onto them the current picture within the Force. The only way sometimes to instigate change is to lobby the people in power and this is what I will try and do with all the other local Federations around the country.

Officer assaults is on our agenda locally and nationally and we are lobbying the Government so that officers are given more protection from the courts when they are subjected to an assault. The Federation locally launched the 6 point Officer Assault investigation standards which will hopefully change the culture from “it’s part of the job to get assaulted” to "its unacceptable and needs to be reported on every occasion". The next stage is to continue lobbying the Government to introduce the 'Assaults on Emergency Service Workers' bill which is due to be read in parliament at the end of April. Locally I'm working hard to raise this will local media and I hope you've seen some of this work in the EDP, BBC Radio Norfolk, BBC Look East and ITV Anglia News. We will continue to drive this nationally to get this change.

Health & Safety is another area of concern and the need for officers to submit near misses. The Federation have an app (free of charge) which has a section to report directly to the Norfolk Federation without it going to the Force. This will allow officers to report things such as “no Taser units available, no backup available, no dog unit, no air support" and all of the things we now get regularly told are just not there to support and protect us in doing our job. Please download the app and submit these reports, the data will then allow me to take this to our Chief Officers and show them hard evidence that things are far from perfect.

Locally and nationally the Federation has also been working hard to try and make the IOPC fit for purpose as unfortunately they take far too long to investigate alleged misconduct and, in my view, assess the alleged misconduct at Gross Misconduct when it should not be anywhere near this level. This leaves officers and their families under huge amounts of stress and anxiety which, more often than not, is not needed. Part of this work is engaging with them and showing them their own bad practices and sometimes good practice. I collate some of the poor investigative and processes the IOPC conduct locally and pass them onto the national Federation to take to their meetings with the IOPC Commissioner, as do all of the other Federations. We engage proactively with the consultations the IOPC, College Of Policing and Home Office put out, our evidence is well thought out and evidenced, which does have an impact on future processes that these bodies employ.

As your Chair I want to be your voice and would encourage you to contact me with any of your concerns. Please make use of the fed reps if you have one locally to feed information into us, we work on this to present the need for change and improvements. It’s been and continues to be hard work out there and I want to thank you all for managing through the last few years under sometimes extreme pressure. I am here to try damn hard to make things easier and support you in your career. I hope once the workload decreases slightly in the Fed office to get out and about to come and meet some of you on Area to hear from you directly."