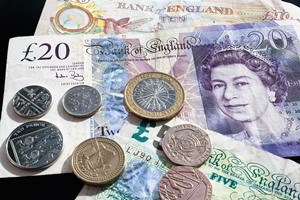 We make an annual submission to the Police Remuneration Review Body (PRRB) on behalf of our members.

The PRRB provide independent advice to the Government on pay and conditions for police officers who are at or below the rank of chief superintendent. This includes allowances, hours of duty, leave, and related matters.

The findings from the pay and morale survey of our members, the only police workforce survey to gather consistent data on officers’ experiences across all 43 forces, forms a key part of our submission.

The PRRB reviews our submission, and those of other stakeholders, then advises the Government on a course of action.

In October 2018, we lodged an application to Judicial Review proceedings into the lawfulness of the Government’s decision to ignore the recommendations of the PRRB for the second consecutive year. In January we heard that our application had been successful - a hearing is expected in the summer. Further updates will be issued as the process progresses.

How does the process work?

What do the PRRB consider?

The Home Secretary's remit letter to the PRRB for 2019/20 can be read here. It requests recommendations on the following matters:

1. How to apply the pay award for 2019/20 for police officers of all ranks, including chief officers, in the context of how it will support overarching NPCC proposals and timetable for a new pay structure.
2. To review the NPCC’s design principles, framework and assumptions for pay reform; and to provide views on the extent to which the views of the staff associations have been considered in the development of the design.
3. To review the NPCC’s detailed project plan and risk register and provide observations on the timescales for implementation, taking into account the requirement for formal consultation with the staff associations and the need to make legislative changes.
4. To review the NPCC’s proposals for progression pay for police apprentices.
5. To review proposals from the NPCC in relation to making payments to the superintendent ranks for undertaking each 24 hour on-call period.

As well as submissions from staff associations, they also have a number of other considerations they must take into account. These include the nature of the job police officers do, the need to recruit, retrain and motivate suitably able and qualified officers and the prohibition on police officers being members of a trade union or withdrawing their labour.

On 12 February, we put forward our written submission recommending a three-year pay deal to rescue police officers from a financial cliff-edge.

Using the NPCC’s own pay mechanism and data, and taking into account proposed ‘P factor’ payments (which we think should be 14%, in line with X factor payments to the military), we calculate that constables are already up to 18.4% below where they should be, and sergeants up to 19.4% below.

Read our 2017 submission and how it compares with the others made.