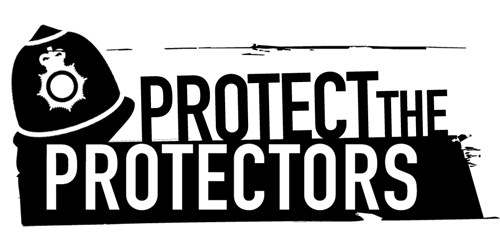 Norfolk Police Federation has hit out at the “awful and abhorrent” practice of offenders coughing and spitting at police officers during the coronavirus pandemic.

An estimated 10 Norfolk Police officers have been spat at or coughed at by people claiming to be carrying Covid-19 since the outbreak began, Andy Symonds, Federation Chair, warned.

He said: “Since late February we have had around ten of these assaults, on top of other assaults. Threats or actual coughing at officers or officers being spat at. It is awful, abhorrent and another stressor on police officers’ work. They are sadly working in an era where they know it’s not if, it’s when they are assaulted. And now they face this extra pressure and strain.

“Their other halves are seeing them off to their shifts and worrying that they could bring coronavirus back into their homes. It is important to understand that not only are they worrying about being attacked as they go about their daily duty, protecting the public, there is now the added fear that they could bring a life-threatening disease back to their family.”

Andy said the Federation has fought hard for adequate PPE to mitigate the risk, and representatives have been lobbying MPs under the #ProtectTheProtectors banner. He has recently had an online meeting with Clive Lewis, Labour MP for Norwich, who he said was sympathetic and interested in the cause.

He added: “We are contacting MPs so we can import to them the pressures our members are working under. And we are encouraging magistrates and judges to use their sentencing powers to send out the strong signal that this behaviour will never be tolerated and that if you spit on or cough at a police officer you will be sent to prison.

“Community sentences are inadequate. We have nurses and medical practitioners who are being coughed and spat at - and we don’t want these people in the community. Only a custodial sentence will do as far as we are concerned and we will be representing these views to MPs who we hope will take the issue up with the highest levels of government.”

John Apter, Chairman of the Police Federation of England and Wales, said: “Nothing is worse than being spat at or coughed in the face by an individual who says they want to infect you and your family with the most contagious of viruses.

“I raised this with Home Secretary very early on in this crisis because we could see this behaviour start to unfold.”

He added: “What is adding insult to injury is the different approaches in how it is sometimes dealt with by courts.

"We still see inconsistencies around the country, I scratch my head when I see some sentences being given out which are so lenient. I'm gobsmacked by them.

“Some are being sent to prison, which is where they absolutely deserve to be, whilst others are let off with nothing more than a slap on wrist. This sends completely the wrong message.”