Assaults on officers up again by 14%

Home Office figures show there were more than 26,000 assaults against police officers (including British Transport Police) in England and Wales during 2017/18, a rise of 20% over the last two years. The number of recorded assaults has increased by around 70% since 2011, with a police officer reportedly being attacked, on average, every 20 minutes.

An exclusive survey for Channel 4’s Dispatches has disclosed a dramatic rise in assaults on police officers serving on the frontline. One thousand police officers took part in the survey, with nearly 80% revealing they had been assaulted at least once over the last 12 months. In the same period almost a third of the officers said they had suffered an injury that required medical attention due to an on-duty assault. Around 90% said physical attacks were now more frequent compared with 2016 and 2017. As part of the investigation, Dispatches discovered that on average, police officers are calling for urgent assistance 82 times a day, a rise of 10 per cent over the last year. 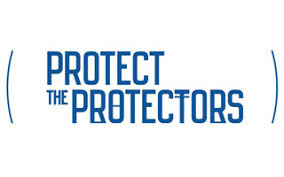 Unfortunately we have experienced an increase in the level of violence shown towards officers; recently we have had an officers suffer broken fingers, shoulders, arms and noses, fractured cheek bones, severe swelling and bruising to the head/face and various parts of the body in attacks. These attacks leave their marks physically and mentally.”

Officer’s families are simply fed up of their loved ones returning home with injuries having been assaulted at work. I’ve spoken to officers who’ve had to tell their children a different account of how they came about their injuries as they don’t want them to worry or get upset.

Officers are fed up of turning up for duty in an ever demanding job, working hard to protect the community only to be punched, kicked, scratched, head-butted and spat at. Officers want protection in the form of a deterrent from the courts when they sentence offenders.

Our officers are not robots; they are human beings who wear a uniform with pride to protect the vulnerable, keep people safe and in doing so put their own safety and mental wellbeing at risk. They are also someone’s sons, daughters, brothers, sisters, mothers and fathers.

Officers accept that they work in a role that will see them dealing with people who are agitated, distressed, confused or they are just nasty criminals willing to harm officers. Police officers are not there to act as punch bag for members of the public and if someone assaults a police officer, spits at them they should expect a harsh sentence from the courts.
I’m extremely frustrated that with the introduction of the new Assaulting an Emergency Service worker in November last year has not had the impact that was hoped for. I read with dismay the extremely poor sentences handed down to offenders that have attacked my colleagues. I have seen sentences of offenders who have assaulted a magistrate or judge and quite rightly they are given a custodial sentence however when I visit police officers who’ve been attacked more seriously why aren’t the offenders in these cases being sent to prison. These sentences act as no deterrent and a minority in our society seem to walk around with impunity, believing that if they attack a police officer or any emergency service worker that they will not be given a custodial sentence. This sadly is the case save for the most serious assaults upon officers.

I see the impact these nasty assaults have on officers and their families for months and sometimes years after the actual assault. I’ve supported officers through Ill Health Retirements due to the devastating impact of the assault has had on them meaning they lose the career they love. I see officers struggling with personal/family life due to either physical or physiological injuries. They are off sick from work due to the injuries which can take months to heal and all the time being away from serving the community. 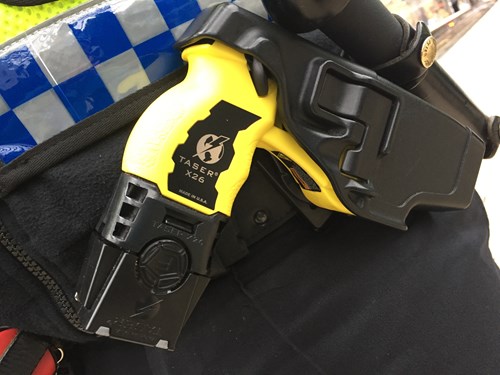 The increases in attacks upon my colleagues is one of the main drivers behind the Federation calling on all Chief Constables to give TASERS to all front line officers. Rightly our Chief has pledged to deliver this to Norfolk officers by 2021. These TASERS offer protection for officers when they come under attack which is sadly commonplace. They also help protect the community we serve from extremely violent people that we have to deal with.