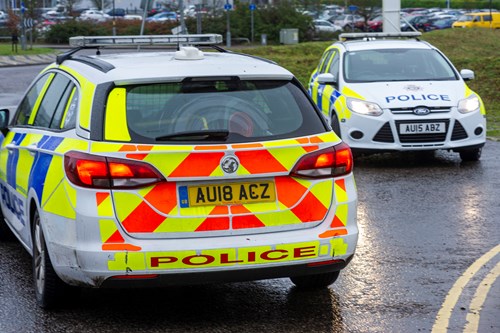 Cuts to police budgets have inevitably led to criminals committing more offences behind the wheel as they believe they are unlikely to be caught, the Chairman of Norfolk Police Federation has said.

Andy Symonds was speaking as it emerged that cuts to the number of dedicated traffic officers has been linked to a failure to reduce road deaths in the past decade.

Andy said: “It is not surprising that there has been a failure to reduce road deaths over the past decade. There is a clear link with what has happened to police budgets over the past 10 years in that they’ve shrunk due to austerity.

“We have been clear throughout the years of austerity that cuts have real consequences and in this case tragic consequences. With fewer traffic cops you will inevitably get people committing more offences if they believe that they will not be caught.

“With these types of attitudes and behaviours of people behind the wheel it sadly leads to more deaths on the roads.

“Having said that, I know that here in Norfolk our Roads and Armed Policing Teams (RAPT) work tirelessly trying to keep Norfolk roads as safe as possible. I see first hand the results of this hard work: keeping dangerous vehicles off the road, prosecuting drink/drug drivers.

“These same officers dealing with road-related offences also stem the flow of drugs into this county. Organised criminal gangs use our road network to transport drugs around the county.”

Andy said the Panorama investigation’s criticism of supposed ‘weak policing’ was an insult to hard-working officers.

He said: “I know the Panorama programme levelled some criticism at my colleagues and suggested ‘weak policing’. This is an insult to my colleagues who continuously work tirelessly on keeping our roads as a safe as possible.

“I would urge the programme makers to come and spend a set of shifts with my colleagues, and I promise them they would realise the mammoth efforts my colleagues go to even when they’re suffering with under investment.

“We need more investment into our Roads and Armed Policing Teams so they can continue the relentless fight in making our roads safer for us all – and also stopping the flow of drugs into this county.

“I continue to make strong representations that more investment is needed in our Roads and Armed Policing Teams.”