#PayOurPolice: Norfolk Police officer says "it’s getting harder and harder” to his bills 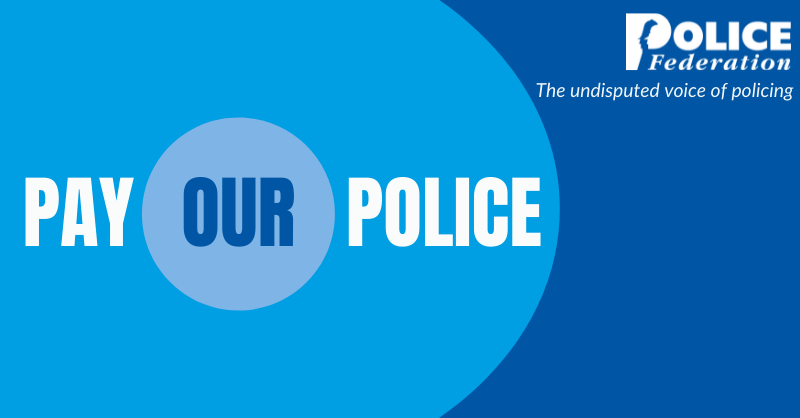 A Norfolk Police officer with 22 years’ service says “it’s getting harder and harder” to pay his bills and he’s having to take on other jobs.
Norfolk Police Federation is joining colleagues across the country in campaigning for a proper pay rise for officers after 12 years of pay caps and pay freezes – since 2010, police officer pay has fallen in real terms by 20%.
#PayOurPolice
This year the Home Office has recommended police officers’ pay rise should be 2%, well below the 6.2%+ rate of inflation. Politicians themselves are getting a 2.7% pay rise.
Meanwhile fuel and energy prices are soaring and National Insurance payments are going up.
The officer told the Federation: “I don’t want to plead poverty, I’m on the top pay grade for a PC, but by the time I’ve paid my mortgage, bills and child maintenance, I’m probably no better off than someone who’s on benefits.”
Rising energy costs were causing him massive stress, he said: “I use heating oil and the last time I paid for it it was 40p – it’s gone to 98p today [at time of writing].
“All we’re asking for is a pay rise in line with inflation, because I’ve just been falling back and back and back every year. It’s getting harder and harder and I’m having to do more work – either overtime if I can get it, or other work, just to keep up.
“And that’s after 22 years in the job. So how new officers are coping on £24,000, I’ve no idea.”
He added: “I can’t stomach the MPs getting a pay rise – their independent pay body honours their pay rise every year, and we’ve got an independent pay body that’s ignored. We’re undervalued and we’ve taken a lot of knocks. And if we don’t pay the right money we won’t attract the right calibre of recruits.”