Cutting Police Budgets Would Be A ‘Huge Mistake’ 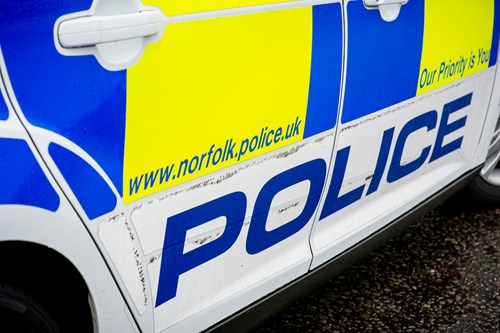 “It has never been clearer to anybody who cares about the safety of our communities that to cut policing budgets would be a huge mistake.”

The Chair of Norfolk Police Federation, Andy Symonds, was speaking ahead of the Government budget on 17 November.

It has been reported that fighting crime is one of new Prime Minister Rishi Sunak’s top priorities, but the autumn budget is likely to include public spending cuts.

That would be an error, as all cuts to public services impact the work of the police and the safety of the public, Andy said.

He said: “We’ve seen the impact of austerity from 2010 through to a couple of years ago. It hollowed out the police service, and we’re seeing the impact within the service regarding our ability to retain officers – there’s a severe shortage of experienced detectives to investigate the most serious crimes.

“This impacts the victims of crime, who don’t see the crimes being solved or investigated in a timely way.

“Outside of the police, cuts and austerity have led to the CPS taking far too long to charge suspects. Then, when they do, the court system is in disarray due to the same cuts that fell upon them, meaning it takes months and years for victims to get justice.

“And it’s not just cuts to the CPS and courts that have negatively impacted the police. We’ve seen the ambulance service and Mental Health Trusts crumble, and this has meant we’re sending police officers to many incidents that have no element that requires police attendance.

“This leaves officers holding all the risks, as they are attending serious medical events that require advanced first aid or mental health interventions by trained and skilled colleagues in the NHS. All the time spent by officers dealing with these types of jobs is time they are not investigating crime, or preventing crime by patrolling risk areas.”

He continued: “If we see further cuts to the police service and other sectors such as the NHS, CPS and courts, then it will directly impact on the officers I represent and lead to even higher and simply unmanageable workloads. This will only increase the number of officers leaving the service.”