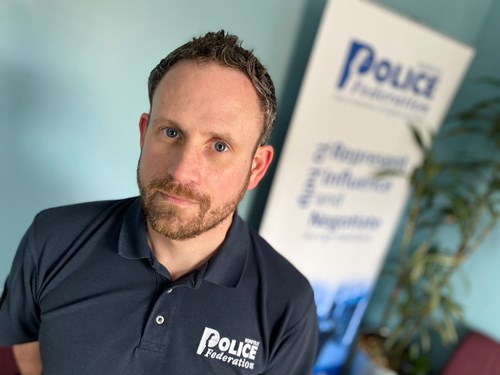 Chair Andy Symonds responds to an announcement by the Home Office that it intends to launch a “targeted review of police dismissals to raise standards and confidence in policing across England and Wales”.

In 2015/16, under the then Home Secretary Theresa May, changes were made to the conduct and composition of police misconduct hearings for police officers.

The purpose of the changes was to bring greater transparency and independence to police misconduct hearings. They included the holding of hearings in public and that the chairing of the hearings would be by a legally qualified person appointed by Police and Crime Commissioners.

Currently the hearings have a police officer of at least the rank of superintendent, an independent legally qualified chair and a lay member (a member of the public appointment by the Police and Crime Commissioner). A panel of 3 people who assess the evidence put before them and make a decision based on what they’ve heard and seen during the hearing.

This is a perfectly robust process and has independence from the police, which was the entire reason for these changes which were made back in 2015/16.

As a Police Federation we do not protect bad officers. We make sure the process is followed appropriately and that regulations and the law is adhered to and these officers get a fair hearing.This is called due process. And is the same across all other disciplinary systems in many other industries and public sectors.

As a Police Federation we help oust bad and corrupt officers from police service as they tarnish us all with their actions.

However, we do represent officers and support them if - based on the evidence - we feel that the officer does not deserve to be dismissed. It’s not the case that all officers that are charged with misconduct breaches deserve to be dismissed. This is why hearings have other options such as no case to answer, practice requiring improvement, reduction in rank, written warning and final written warning.

What we should be concentrating on is the timeliness of these investigations. I have cases which have taken over a year to conclude. These delays are not a result of an officer delaying or refusing to co-operate.

Officers tend to submit to interview very quickly and often are interviewed very soon after an allegation is received. However, investigations take far too long to be processed to conclusion. The police service and other stakeholders such as the Independent Office for Police Conduct (IOPC)  and Crown Prosecution Service (CPS) need to get their act together so that these processes are sped up drastically. It is simply unacceptable to have either complainants, victims or the officer subject of the investigation and misconduct process not to have it completed in a timely manner resulting in the right and appropriate outcome.

Any changes to allow Chief Constables to chair these hearings would be a retrograde step and would simply be a political move and a knee-jerk reaction. The current system is fair, open, transparent and robust. And importantly it has a member of the public sitting in judgement. The system involves legally qualified chairs who have experience and expertise in Police Regulations and who receive regular training/CPD and inputs which enable consistency in outcomes according to the standards of professional behaviour, the police code of ethics and the guidance on outcomes for police misconduct processes.