Chairman's Blog: What police officers want from the next Prime Minister 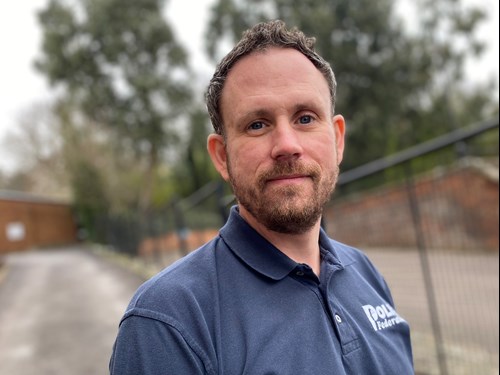 With an increasing number of candidates vying to be the next leader of The Conservative Party – and the next Prime Minister – Andy Symonds, Chair of Norfolk Police Federation, blogs on what Officers want to see from Boris Johnson’s successor…

“My members want to hear from the next Prime Minister whoever that might be that they will award my colleagues a decent pay rise that takes into account that we’re 20% down on where we should be in terms of pay,” said Andy.

“Last year this Government decided that my colleagues were not worth a pay rise whatsoever. We got a big fat ZERO pay award which has exacerbated the issues my members are facing in terms of the very real struggles in paying their bills, heating their homes and filling up their fuel tank to get to work.

“The new Prime Minister would need to personally take ownership and direction in resetting the way police pay awards are managed. To instruct the Home Secretary to start serious conversations about how a future pay award process would work.

“To enter these conversations in a manner which is open and transparent with a commitment to change to a system that recognises the many restrictions placed on police officers. A promise to make the process truly independent and free from Government interference.

“We cannot continue with a system that allows the Government of the day to set the terms of reference for the pay review body, one which if the Government don’t like the recommendations can simply impose whatever rise they see fit. This is simply not fair and treats police officers with contempt.

“Finally, we need the next Prime Minster to be accurate in explaining to the communities we serve that although welcome with the uplift target of 20,000 police officers this will only take us back to where we were back in 2010 in terms of officer numbers.

“We’ve lost thousands of police staff in this time, we’ve had many officers retire and resign. In this time since 2010 the population has increased the work of the police has become much more complex with online crimes be that financial or sexual abuse. We’ve seen other public sector bodies struggling to cope with their demand which means this work lands with the police. We’re attending more and more mental health related incidents, we’re attending incidents which require ambulances not police officers.

“So, we need a Prime Minister and a team at the Home Office who are laser focussed in terms of their commitment and understanding of the issues facing policing. It cannot continue to limp along as it has been with officers juggling so much which is having an impact on them in terms of their own mental health and wellbeing.

“We need recognition of all of this demand by those in power and for them to be upfront with our communities so that they can start a real conversation about what the public want their police service to do in 2022 with the limited resources we have as currently the thin blue line cannot cope in its current direction of travel.”