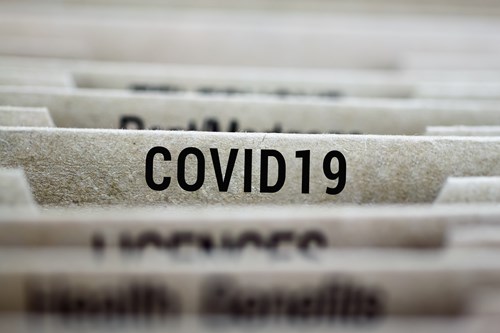 Officers currently need to wait for 32 million others to get the jab before they will be vaccinated, but representatives from around the country have said it needs to be sooner if they are to stay safe and keep on protecting the public during the Covid crisis.

Andy told Chris Goreham on Radio Norfolk this morning (20 January): “It is fair that officers should be further up the priority list. We don’t exist on that list at the moment. We’ve seen in many other countries various first responders and emergency services are getting the vaccine now so I can’t see why we have been left out in the cold on this.

“It is incumbent on the Government to put us up that list but I want to make it clear that we don’t want to be above the clinically vulnerable, the over 80s and the NHS. But once that cohort has finished, which I believe will be soon, officers should be after that, rather than in the general population - because its important that we are out and about enforcing Covid legislation as well as all the other work we do. We can’t get to a position where all of us are either self isolation or have Covid - that’s not a very good place to be. So I hope that the Government are sensible and we have an announcement very soon.”

Andy also spoke out about the difficult position officers have found themselves in as they enforce “woolly, grey and extremely vague” legislation.

He said: “It is really difficult for officers. We’ve seen over all periods in lockdown changes in legislation with short notice and then sometimes we then have to wait a few weeks to get guidance from the MPs, PCCs or the Government about what they expect and how we enforce those rules.”

Andy said there was a small minority using the exercise exemption to go out and break lockdown, and that where officers see fit they issue fixed penalty notices.

He added: “That is the right thing to. Some people are saying we are being less patient. And I think that is right as sadly we are now creeping up to a year of having to follow these rules so everybody should now be aware of them. We’ve issued 104 fixed penalty notices over the last seven days which is a marked increase on the last few months. It shows that people sadly are still breaching and breaking the law.