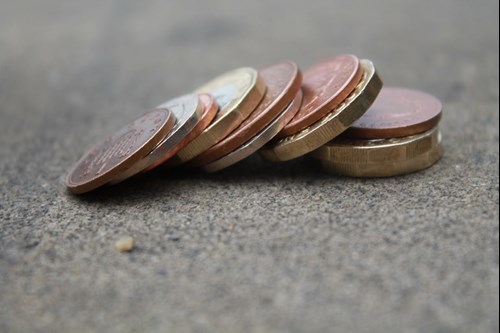 “This announcement will offer little solace to those officers whom I represent who have over many years seen their pay being eroded year after year.”

Police officers are set to see their pay rise once again next year after the Government confirmed the public sector pay freeze is being lifted.

Chancellor Rishi Sunak will use his Budget on Wednesday to say police officers, nurses, teachers and members of the armed forces are among those set to benefit.

A "temporary pause" in salary progression was introduced by the Government last November as a response to the pandemic – it saw police officers in England and Wales receive a 0% pay rise in 2021.

In an announcement late on Monday, the Treasury said the chancellor would use his forthcoming Budget to say "the solid economic recovery and encouraging signs in the labour market" mean the "pay pause" can be lifted.

Andy Symonds, Chair of Norfolk Police Federation, said “I’m pleased that the Government have lifted the unfair and immoral pay freeze they imposed on us for this year. However this will not mean officers will be getting a pay rise until at least September 2022. I have spoken to many of my colleagues who are angry with this Government and how they go about treating police officers when it comes to recognising the unique nature of the job and the restrictions placed upon us. Officers have seen around an 18% reduction in real terms over the last 15 years in their pay. So this announcement will offer little solace to those officers whom I represent who have over many years seen their pay being eroded year after year.

“All officers want is to be treated fairly which means reforming the current pay review system for police officers. Currently we have the pay review body who are tasked with recommending pay rises to police officers. However this so called Independent Police Pay Review Body (PPRB) can be instructed not to recommend a pay rise for officers by the Government. And that’s exactly what happened for the 2021 pay round. In what world is this a fair and open system that recognises that police officers have no industrial rights meaning there is nothing we can do about this immoral and unfair instruction from Government to the pay review body.

“To that end I’m calling on all of the 9 Norfolk MP’s who I have requested meetings with and the Government to get behind the PFEW campaign to reform the pay review system for officers. We have to remember that the Independent Parliamentary Standards Authority (IPSA) who is the body charged with reviewing and recommending pay rises for MP’s cannot be given an instruction by Government to not recommend pay rises for MP’s. Well why then is it ok for Government to instruct the Police Pay Review Body (PPRB) not to give officers a pay rise. What’s good for the goose is good for the gander.

“You only have to look at the pay rises given to MP’s over the last few years compared to police officers and you’ll see what a truly independent pay review system will offer.

In a statement given to the media on Monday night, Mr Sunak said: "The economic impact and uncertainty of the virus meant we had to take the difficult decision to pause public sector pay.

"Along with our plan for jobs, this action helped us protect livelihoods at the height of the pandemic.

"And now, with the economy firmly back on track, it's right that nurses, teachers and all the other public sector workers who played their part during the pandemic see their wages rise."

Ministers will be "running a full pay round and the awards will be announced next year once the Government responds to the pay review bodies' recommendations", the Treasury added.

It was announced last week that all Scottish Police officers will receive a £700 pay rise in 2021, alongside a £250 working the pandemic bonus.