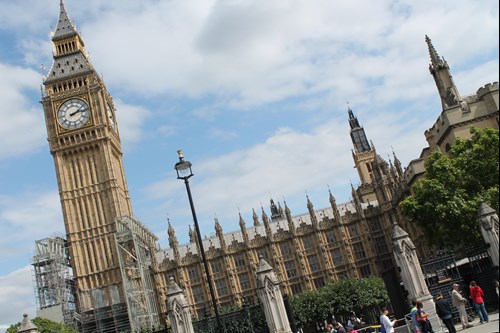 The Policing Minister has spoken out about the “unacceptable” assaults on “brave police officers”, following contact from Norfolk Police Federation.

Andy Symonds, Federation Chair, has been working with politicians to highlight the dangers officers face as they keep the public safe.

Andy recently met with Chloe Smith, MP for Norwich North, among other members of Parliament, to argue for tougher sentencing for those who commit police assaults and highlight how vulnerable officers are to offenders using vehicles dangerously. Following these positive meetings Andy followed up with a letter which have a full brief of the issues and detailed some examples of the poor sentencing of offenders who’ve assaulted officers and when a vehicle has been used to injure officers.

Policing Minister Kit Malthouse replied: “I share your view that any assault on our brave police officers and other emergency workers is completely unacceptable, while they are working to protect us all. As I am sure you will appreciate, sentencing in individual cases is a matter for our independent courts, taking account of the circumstances of each case and following any relevant guidelines issued by the Sentencing Council.

“This Government is clear, however, about the enormous contribution made by police officers and other emergency service workers and has supported measures which afford them further protection and signal the seriousness of committing offences against them.”

He added: “I share the concerns about the vulnerability of police officers when faced by an individual who is intent on using a vehicle aggressively. As a result, I have asked my officials to work with the Police Federation and National Police Chiefs’ Council to explore the proposal to extend s163 (Road Traffic Act 1988) powers to require a person to exit a vehicle once stopped.

“I also agree that it is important we ensure the Police Covenant is able to have a meaningful impact on our police. This will be enshrined in law as part of an ambitious package of measures to strengthen protection for the police and the public through the policing legislation announced in the Queen’s Speech and to be introduced later this session. The legislation will also include other measures to support the police, for example, ensuring special constables are able to join the Police Federation and increasing the legal protection for police drivers involved in accidents while doing their jobs.”

Andy added: "It is imperative on behalf of my members here in Norfolk that I continue to engage with all the 9 MP’s we have in the county so I can raise the issues and suggest solutions to those who are in a position to make a difference. These MP’s speak with colleagues and ministers and this is how in part we are able to make our voices heard to Government."