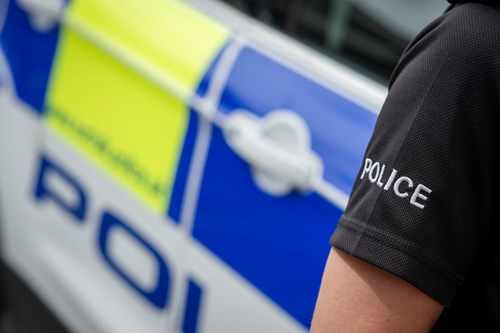 New legislation promising to better protect police officers from public attacks and from prosecution for their driving when they are responding to emergency calls is “long overdue”, Norfolk Police Federation has said.

“Yes, this is long overdue but I have learnt that particular in these current times it takes a long time to achieve changes in the law,” said Andy. “The Bill contains the protections in law that give my colleagues the support they need when they are responding to emergencies or pursing a vehicle.

“These protections were never about protecting an officer who has driven carelessly or dangerously it is about affording officers the protection they require for simply doing their jobs.

“In addition to the protections for police drivers the Bill also includes a further doubling of the sentences for offenders who assault emergency service workers. I am supportive of this move as we must get to a position in which it’s not just accepted that being assaulted at work is part of the job.

“They need to be thinking if I do assault this cop then I’m going to prison.

“We don’t have this at this time and require the support of CPS as well as Magistrates and Judges to give their support by handing down appropriate deterrent sentences.”

Andy added: “In addition the Bill includes the ability for Special Constables to become members of the Federation. Another important step and one which is welcomed. I have supported a number of Specials as they have stood shoulder to shoulder with regular colleagues and become involved in a Post Incident Procedure as a result of a death or serious injury.

“It must be right for them to be afforded the same level of support that regulars are able to access as members of the Federation.

“Finally we have the Police Covenant. Although we’ve been severely let down by this Government in relation to vaccines and some will say ‘what’s the point, why bother’ I hold a different view.

“This bit of legislation which will become law will be something we can hold the Government to account on if they fail in their commitments held within the Covenant. They have a duty of care to officers who continue to out their physical and mental health on the line. Which has become even more pronounced since the start of this Covid-19 pandemic.”