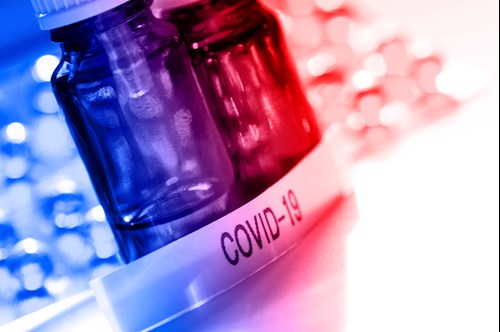 Furious police officers have hit out at the Government’s decision to deny the country’s Cops a level of priority for the Covid-19 vaccine.

Andy Symonds, Chair of Norfolk Police Federation, said he was “angry” and that “officers deserve better” after Health Secretary Matt Hancock told police in no uncertain terms that they will have to wait their turn to receive the Covid-19 vaccine - and that they will not be prioritised.

Mr Hancock told a press conference yesterday (8 February) that officers will not be vaccinated until after groups 1-9, as deemed by the Joint Committee on Vaccination and Immunisation, which means they will have to wait for 32 million others to get the jab first.

The Health Secretary also thanked police officers for their hard work on the frontline at last night’s conference.

Mr Hancock said: “I want to thank police colleagues who are doing so much to protect us at this time, including making sure that the rules that we have on social distancing are enforced and I’m particularly grateful to the police for the work that they’re doing on expanding that enforcement.”

But Andy said this was unacceptable and called on the Government to hold its platitudes and act now to protect officers.

He said: “Officers have been closing down illegal gatherings, parties and music events, continuing to police protests in all corners of this country. They’ve been busy policing those who break other laws who need arresting. Some of whom don’t want to be arrested and therefore fight with officers and spit at them full in the face and say they have Covid.

“Officers have to attend sudden deaths and many of these have been as a result of Covid. All of these are risks officers have faced since the start but we simply carried on and got the jobs done professional and without fuss.”

Andy added: “My colleagues are out there putting themselves in harm’s way. My views have never wavered in that officers need to be vaccinated as a priority, not after over 32 million vaccinations have been deployed people within groups 1-9.

“I have made it clear and I know my colleagues support this view that officers did not and do not want to be above those who are most vulnerable in society. However I want to see my colleagues being given the vaccine after the first phase of vaccines have been administered in groups 1-4.

“We have around 124,000 police officers in England and Wales. It would take a few hours to vaccinate my colleagues. These are the men and women who are putting themselves and their families at risk and have done since the start of this pandemic. They do so as they believe in protecting the communities they serve. However now we have vaccines that offer protection then it is incumbent on this Government to in turn protect these men and women who have gone above and beyond during this last year.”

Andy added: “Now we have a vaccine, the Government must allow officers to access it. Much like many other countries across the world have done, countries that recognise the risks officers face and have done the right thing in vaccinating their officers.

“This Government are happy to come out in the media and declare what a fantastic job officers are doing and that we have their admiration. Well show it by action and not platitudes.”