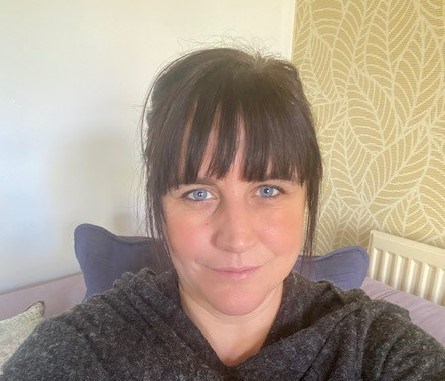 - Can you give us a brief summary of your career history and your current rank and role?

- What made you want to be a Fed Rep?

I decided to become a Fed Rep after lots of encouragement from colleagues. I have always believed there is no point confining complaints and concerns to the office because nothing will change. I used my voice and challenged certain issues. This began a few years ago after sending the previous Chief Constable an email raising concern about the then Ncalt training for response driving/pursuits. I felt at the time this was a method in which the ‘organisation’ could tick the ‘trained’ box without actually providing adequate training, therefore any fallout involving driving such as accidents etc  would be solely on the shoulders of the officer, with the ‘organisation’ able to relinquish any responsibility by saying “we trained them”. Since that time I was invited to regular meetings with the Chief Constable to discuss any issues. Although this was an opportunity to raise issues I wasn’t always able to make a difference but feel the Federation is the place where change can be made.

Whilst I fully appreciate the running and management of a large police force is challenging I refuse to accept police officers being treated unfairly, as if they are merely a cog in the machine as opposed to actual people who’s needs and welfare should be paramount.

- Why do you think it’s important for members to be supported by fellow officers as their Reps?

I think it is important to be supported by fellow officers as there is an existing element of trust and understanding. We face the same issues and understand the effect’s they can have on our professional and personal lives. This is not something someone outside of the environment or of a higher rank could necessarily empathise with.

- Which areas in particular are you looking forward to focusing on?

I look forward to focusing on the general welfare of officers and fairness in a rapidly changing environment and not simply being treated as a cog in the machine as I said before. I want to ensure changes are made with full consideration given to the officers who without them the whole machine would fall apart. I also feel very strongly about equality within the force, I want to ensure not only are the opportunities for officers and individuals equal, but systematic barriers are simply removed.

- What should members do if they’re concerned about anything?

If colleagues and officers have concerns about anything they can contact me on my Polfed email or by telephone. Any conversations will be treated with confidentiality. Of course if they would prefer to speak to someone else, or get specific information from someone with more knowledge or expertise than me then I can direct them to the most appropriate rep.

- What would you say to colleagues who might wonder where their subs go?

If a colleague asks me about where their fed subs go I would inform them that a lot of the money goes toward legal expenses which can be very expensive but I would also make them aware of the welfare provisions available and in the process of being available.