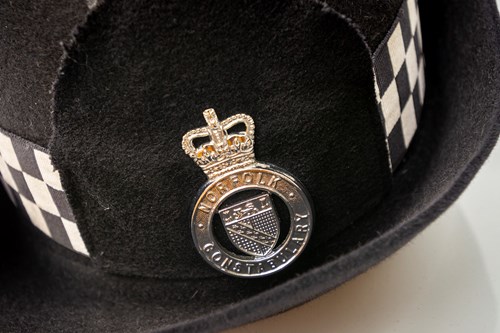 Norfolk's Police and Crime Commissioner can expect to hear about the 'stark realities' of policing in the county following the elections in May.

Andy Symonds, Norfolk Police Federation Chair, says he is determined to get a meeting booked up in the diary of the PCC, whoever will be in the role following next week's election.

Existing Norfolk PCC Lorne Green is not standing for re-election, but Andy is hoping to build a similar relationship with the new incumbent.

"It is imperative that I make an early appointment to meet with the new PCC to discuss the matters impacting on Federation members," Andy said.

"These meetings, I hope and expect, will be on a regular basis much like they are now and be based through an open line of communication between us.

"I will advise the new PCC on the stark realities of what it's currently like in policing as it is vital that the views of my members are relayed to the PCC."

Andy said PCC Green had been very supportive of the Federation during his tenure in the role.

"We have an excellent and supportive relationship with the outgoing PCC Lorne Green, who has been a great help to the Federation locally in supporting a number of our national campaigns, including the Protect the Protectors and the policing covenant to name a few," he said.

"That's alongside more local issues such as increased Taser and body-worn videos for officers.

"So, I want this relationship to continue and grow under with the new PCC for the benefit of my members and, in turn, the community we serve here in Norfolk."