Federation fighting for its members ahead of busy upcoming summer 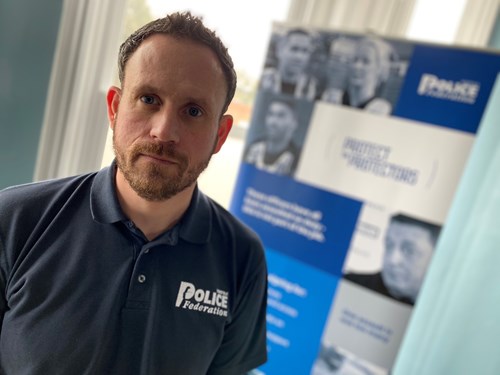 Norfolk Police Federation will continue to fight to mitigate the pressures being piled onto already fatigued officers facing the upcoming demand of the next few months.

Forces across the country are bracing themselves to tackle a potential summer of disorder and demands on their resources.

The rescheduled Euro 2020 football tournament is kicking off in June, while officers can be expected to have to deal with further 'kill the bill' protests, the G7 and COP26 summits, as well as the return of the nighttime economy.

Andy Symonds, Norfolk Police Federation Chair, said he was worried about the extra stresses and strains being placed on officers after what has been an extremely challenging year.

Annual leave embargos and re-rostered rest days have already been put in place to help the force plan for the likely spike in demand.

"I have some real concerns around our capacity to cope after a year of policing this pandemic," he said.

"Officers are not fresh and ready to go; they are fatigued. Therefore, it's vital that we in the Federation continually push, support and make those strong representations to help mitigate the pressures being placed upon the officers we represent.

"But through all of these pressures and demands currently being placed upon officers, which will only increase as the summer approaches, my colleagues will rise to the challenge as they always do.

"In turn, the force and the Federation has a duty of care towards my colleagues who are on the sharp end of policing."

Andy said the Federation was working hard to look after the welfare of officers who might be asked to provide mutual aid to help police high-profile national events, such as the G7 in Cornwall and COP26 in Glasgow.

Part of that means making sure they can claim the allowances they are entitled to for working away from home.

"Police officers are already seeing the impacts of the re-opening of the economy and society," he said.

"We already have two leave embargo periods in place for this year. G7 and COP26 impact officers right across the country.

"The Federation has been working in the background to secure officers deployed on these events the Away from Home Allowance and appropriate accommodation.

"I know my colleagues in the respective branches of the Federation will be present during these events supporting my colleagues who will be deployed to G7 and COP26.

"Inspectors deployed to G7 will also be able to claim a payment to recognise the role they play while on mutual aid. We're seeing officers rest days being re-rostered in force at an increased rate over the recent period, and this is without the country being fully opened up, which will come in June."