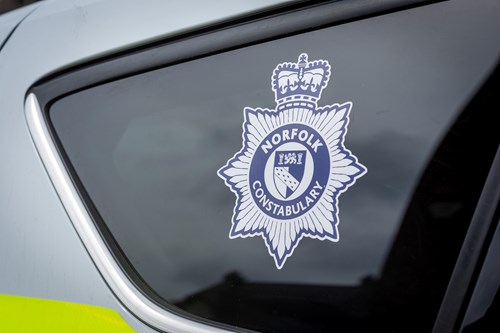 The Independent Office for Police Conduct – the body in charge of investigating the actions of police officers - needs to be held to account for the “unacceptable” amount of time it can keep officers under the microscope.

Norfolk Police Federation Chair Andy Symonds said that while police officers have no objection at being held accountable for their actions, the IOPC and its investigators spend far too long scrutinising their work.

This can sometimes take years.

Ahead of a Parliamentary hearing tomorrow (Wednesday), Andy has called for the IOPC and its investigators to have a greater understanding of the dynamic and dangerous nature of policing, rather than using their “crystal ball in a nice warm office unfairly criticising police officers.”

Andy said: “The Police Service and our members are quite rightly under scrutiny from the public and that, in turn, should be no different for the IOPC.

“The careers and personal lives of our members are considerably damaged due to lengthy investigations by the IOPC that are simply unacceptable.

“As the Conduct lead for the Federation here in Norfolk I sadly get to see first-hand the impact of both Police Force and IOPC investigations have on the officer themselves but also their families.

As part of the Police Federation of England and Wales’s #TimeLimits campaign, the Federation will be giving evidence to Parliament tomorrow (Wednesday) on the detrimental and costly impact of lengthy disciplinary investigations on police officers, their families and their colleagues.

Andy added: “I want to make it clear that police officers have never shied away from facing scrutiny of their decisions and actions. But what they should not have to face are investigations which drag on for many months for no apparent reasons.

“We understand that sometimes other stakeholders such as CPS and Coroners are involved which these cases which means further delays but I have many instances of unnecessary delays from the IOPC.

“I accept that there has been improvements and the introduction of the new Conduct Regulations back in Feb last year has started to help. However the IOPC must do more and if they won’t then the Government must step in and make further reforms to the IOPC so that they become an effective investigative body with expeditious, streamlined and accurate processes.

“This will benefit not only police officers but also the people that make complaints.”

The Police Federation of England and Wales is calling for a 12-month time limit on investigations into police officers.

Andy concluded: “I want to see the IOPC subject to the same scrutiny we place on officers when they investigate crimes. They need to have deadlines imposed on their investigations into officers.

“Police officers have something called the statutory time limits for certain crimes which means they have 6 months to bring a case against a suspect. Why can this not be instigated into the IOPC so the vast majority of general complaints have to be completed by 6 months?

“The threshold for their investigations is often far too low. All too often we find ourselves in a situation where the investigators possess an inadequate knowledge of the Office of Constable, general policing, policing tactics, investigative experience and involvement with immediate threat, harm and risk. That will never be achieved from within a book or the attendance at a training course.

“Again we’ve seen the IOPC introduce roles such as Subject Matter Expert (SME’s) which allow some of their staff to be experts in certain fields such as PIP, Use of force and Taser,  this is a positive step however my view is that as a minimum all investigators should as part of their training to be investigators spend a full set of shifts on response with police officers.

“This should continue as an annual requirement.

“This is the only way for them to gain an insight into the job we do 24/7 and the situations we find ourselves in which are, difficult, stressful, traumatic, and dangerous. Officers have to act quickly and in very dynamic situations which means things don’t always go to plan. This is when we sometimes find that police officers are damned if they do and damned if they don’t.

“I want the IOPC investigators to have some experience of these incredibly difficult situations so that it does not feel they are sitting with a crystal ball in a nice warm office unfairly criticising officers.”