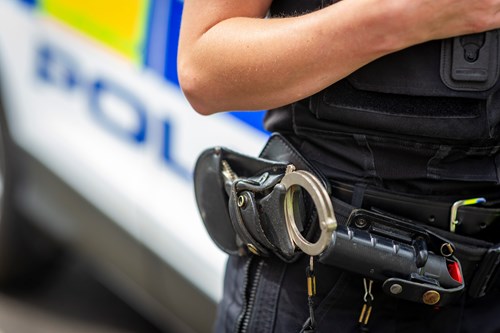 Officers were caught “between a rock and a hard place” keeping people safe from Covid-19, Norfolk Police Federation has said, as a new report on pandemic policing found changing legislation caused problems on the frontline.

The report from Her Majesty’s Inspectorate of Constabulary and Fire & Rescue Services (HMICFRS) praised police officers, staff and volunteers for their “exceptional dedication and commitment” to keeping people safe during the COVID-19 pandemic.

The inspectors said: “Policing demonstrated its capacity for responding in an emergency” and took “immediate and decisive” action to respond to extreme circumstances. But they added that the fast-paced introduction of new legislation affected some forces’ ability to produce timely and clear guidance for staff. This sometimes led to confusion over the difference between legislation and Government guidance.

The report acknowledged the criticism some forces faced for what was seen as heavy-handed or inconsistent policing of the pandemic, but inspectors were assured that police forces had learnt from these instances and in general did well to maintain public trust.

Andy Symonds, Chairman of Norfolk Police Federation, said: “I’m pleased to see that the HMICFRS has recognised that officers worked in extremely challenging conditions trying to enforce what felt like constantly changing law and guidance. I commented at the time, when my members were in the eye of this awful storm, that they were left between a rock and a hard place trying to grapple with the legislation.

“Officers were left with not having guidance on the new COVID laws until weeks after they were in place. We had very grey areas and the public were confused about what was in place at what point.

“This allowed the minority to use the grey areas of the law to flout and break the law. We saw significant police resources being directed in policing protests and illegal gatherings and raves here in Norfolk.”

Andy added that officers had put themselves at the forefront of protecting communities, yet they had not been prioritised for the COVID vaccine.

He said: “Luckily, many NHS staff recognised that not to prioritise police officers was simply wrong, so they have been busy offering my colleagues spare vaccines, which we are extremely grateful for. But this should never be left for this to happen. Taking all of this into account, police officers in Norfolk and up and down this country have been nothing short of heroes in my eyes.”

Her Majesty’s Inspector of Constabulary Matt Parr said: “Overall, the police rose to the challenge with dedication and commitment by taking immediate and decisive action to keep people safe and prevent crime, while also learning lessons from the rare occasions that they got it wrong.”

Andy said: “For the police service and, importantly, the Government, it is imperative that we learn the lessons to improve and be ready should anything like this happen in the future.”

The full report, including recommendations for police forces, can be found here https://www.justiceinspectorates.gov.uk/hmicfrs/news/news-feed/police-generally-responded-well-to-exceptional-circumstances-of-pandemic/