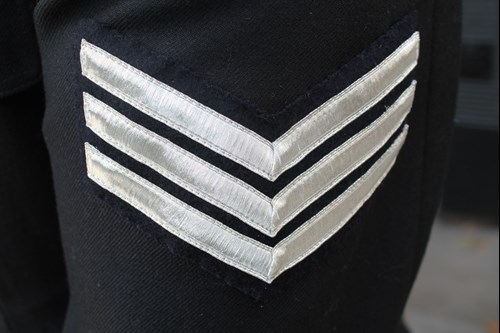 A Sgt from Norfolk Police has compared the demand on Sergeants since the influx of new police officers to “trying to keep up a lot of spinning plates”.

The Police Federation report, “The Demand Capacity & Welfare Survey 2020 - The Officer Uplift and Sergeant Impacts”, found that more than half of sergeants felt they had insufficient time and resources to support new Constables.

Under the Government’s “Uplift” programme, 20,000 new police officers are to be recruited by March 2023, taking the service back to the numbers of officers it had a decade ago.

This recruitment drive will see many Sergeants having more inexperienced PCs to supervise than ever before, with more than 6,600 officers recruited as part of that 20,000 over the past year.

The Norfolk Police Sgt, who asked not to be named, explained: “Six months ago the majority of my team were student officers. I had 1 or 2 who were 3 years plus in service, but the rest are still within their two years.

“It has put a lot of pressure on the Sergeants because when peers around them are all so young in service they do not have any people to go to, so naturally they come to the Sgt’s to ask questions.

“It’s like spinning plates, you’re trying to not let any plates fall and you’ve got loads of them, you keep running around trying to keep the next one up, and when one starts to drop you need to think about the next one too.”

The Sgt from Norfolk explained that due to the recruitment process being so quick new officers “have a lack of confidence and are feeling lost” resulting in them relying and being dependent on Sgt’s.

She explained: “They [police officers] are going through training school so quick, so the lightbulb moment where everything clicks and make sense comes much later as they are still trying to find their feet and getting their heads round what they are supposed to be doing.

“This effect their confidence and as a result they come to Sergeants a lot more than they need too; we’re the go to people for when the staff and officers get stuck.

“Leaving a never-ending list of things to do, having to have your hand in every pie, causing a lot of stress.”

To help the pressure’s and demands she said: “The answer is experience, it’s officers gaining their own experience and then sharing it with new people coming through the door.

“We are doing a tutor hub in Great Yarmouth where there is going to be designated officers who are full time tutors.

“Hopefully having a confident tutor who has a lot of experience can rub off onto their students, allowing them to take on the role with confidence, and then it’s just time to allow people to get experience under their belt.”

She mentioned: “Although being a Sgt is stressful at times and we’re in a funny few years where majority of the front line are so young in service, you get a satisfaction from being able to able them out.

“We need to start putting the confidence back into the new officers, so they can start understanding what they need to do themselves.”