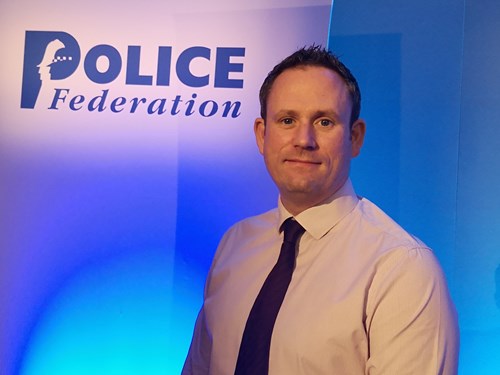 Police force funding will increase by more than £1bn in 2020/21 in England and Wales following the police fund settlement announcement from the Home Office.

That equates to a £12m cash injection for the Norfolk force.

However, the increase for Norfolk is dependent on a council tax precept increase of £10 per household.

The Home Office said the total amount of funding available across England and Wales could reach more than £15bn but again only if police and crime commissioners ask council taxpayers to stump up extra cash.

Federation Chairman Andy Symonds said the £12m would have a positive impact on Norfolk policing.

“It’s a better financial settlement than what we’ve had over the past ten years, he said.

“It’s around a 6.4% increase, and it’s pleasing that the Government appears to be listening when we say we’ve been cut to the bone. It’s certainly different from the last Government who told us we had to get on with it.

“There are many complexities and pressures in the communities we serve at the moment,” he added.

“We are required to deal with people’s mental health issues on an ever-increasing basis and we have many complex crimes to deal with that need serious technology, training and resources.

“Dealing with domestic violence takes up a huge amount of resource, so £12m will make a difference.”

It’s vital more officers are put back on the beat too.

“The 20,000 figure always mentioned by the Government only takes us to a standstill; it’s only replacing what we had 10-12 years ago,” Andy said.