HMICFRS report: “The service has become hollowed out and officers are working unbelievably hard to plug gaps left behind from years of cuts.” 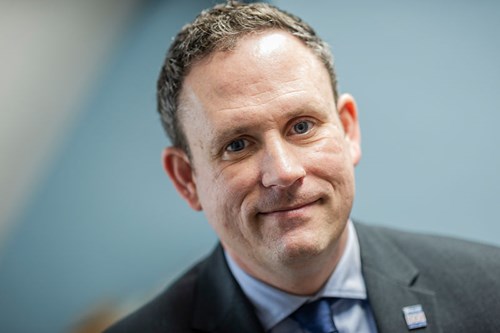 “The service has become hollowed out and officers are working unbelievably hard to plug gaps left behind from years of cuts.”

Andy Symonds, Chair of NorfolkPolice Federation, reacts to HMIC report “Noticeable differences between police and the service they provide” which has led to headlines this morning such as “Failing police 'rumbled' by weary public” and “Crimes not reported' as public lose confidence in police”

Andy said: “On behalf of the Norfolk officers I represent I want to voice my anger at some of the headlines in the media today, in particular headlines suck as ‘police rumbled’.

“I see every single day the commitment that officers show in-spite of the devastating cuts to the service over the last 10 years.

“The Federation warned Government on countless occasions that cuts of this magnitude would have serious consequences. We were told we were ‘crying wolf’.

“The service has become hollowed out and officers are working unbelievably hard to plug gaps left behind from years of cuts.

“All the back office staff who were present to support officers on the frontline have been drastically cut which means this work has fallen onto officers.

“The cuts to CPS have meant officers are regularly having to complete work which the public would not expect front line officers to be doing.

“Countless examples of officers arriving at court to give evidence only to be told after being there for hours that they’re not required. Often these court days are on officers well earned rest days.

“We have seen so many statements/reports from many different stakeholders within policing all of which confirm the service is broken and needs fixing.

“Well remember we’ve got officers who’ve worked during these extremely challenging years and without their commitment, selflessness and compassion the service would be in even more of a mess.

“A result of these cuts have resulted in officers being broken be that physical or mentally. I’ve sadly seen too many brave, committed and professional officers with many years service become broken and in need of our help as their Federation.”