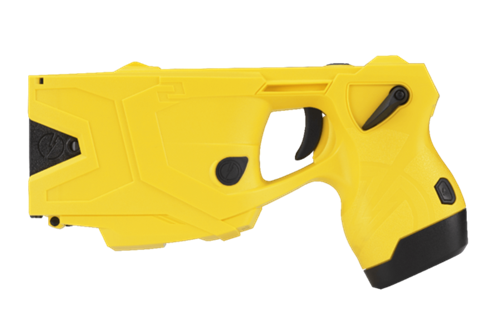 Getting more Tasers on the belts of Norfolk officers will be good for their morale and safety, and provide reassurance for the communities they serve, the Norfolk Police Federation Secretary has said.

Federation Secretary Sam Hawkins said that she’s backing moves from central Government to arm more officers with the personal protective kit. It’s a particularly pertinent issue in Norfolk, she added, because back up can be a long way away, especially in rural areas.

Norfolk currently has around 300 Taser-trained officers. Sam added that having more access to Taser would give officers the protection they need, and she hoped it would deter criminals too.

“In a county like Norfolk with such big rural areas, back-up is often a long way away, so having a Taser is much better for officer safety and morale and the protection of the community.

“If we can bring an incident to a conclusion safely and quickly, without the public or any of our officers getting injured, why wouldn’t we do that?”

Norfolk’s Police and Crime Commissioner Lorne Green supports the wider roll-out but he, Sam and Norfolk Chief Constable Simon Bailey recognise that not every officer will want or need Taser.

“We support that if an officer really doesn’t want to carry Taser, then they don’t have to,” Sam said.

“The chief has been behind it [Taser] from the start. He made a commitment last year that all response officers who wanted to carry a Taser should have one by 2021.

“We welcome this news and Lorne is very much on board with it too. We’re meeting with him about several issues, but Taser and how many extra the force need to apply for, will be high on our list of asks.”