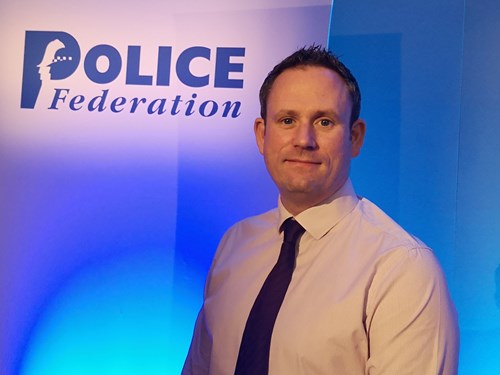 Norfolk Police Federation wants to see “consistent” prison terms handed down to people who assault police officers - after a man who knocked out a police officer was given “one last chance” by a Judge.

Andy Symonds, Norfolk Police Federation Chairman, highlighted how police officers feel let down by the court system time after time after a teen clubber who viciously attacked a police officer and then bragged about it while being taken into custody was handed a suspended sentence.

According to reports, Calvin Garwe, 19, punched a Norfolk Police officer in the jaw, felling him immediately and causing him to lose consciousness for several seconds. He told officers what he had done was “cool”.

Statistics show assaults against Norfolk officers are going up. Government figures show a total of 659 officers were assaulted in 2019/20 compared to 582 in 2018/19.

Of the 659 assaults carried out in the past year 127 left Norfolk Police officers with an injury of some sort. Nationally more than 30,000 officers were attacked, an increase of 3% on 2018/19.

Andy said: “The recent case before court of a male who assaulted one of my colleagues which resulted in the officer being knocked out shows clearly why we have such an issue with year on year rises on officers being violently attacked.

“This offender had a list of previous convictions and clearly does not care about the laws of this country which culminated with him knocking out my colleague. It is reported that the judge stated that police officers were “out there to protect people, to protect members of the public and people like you who attack them should expect custodial sentences”.

“But he told the offender he was going to give him “one last chance” and imposed a sentence of six months in a young offenders’ institution suspended for two years. He was ordered to do 200 hours unpaid work, 25 days rehabilitation activity and disqualified him from driving for 18 months.

“This is not a sentence that acts and shows others you act violently towards officers that they are unlikely to face a custodial sentence. This is why officers feel let down by the court system time after time.”

“I’m not shocked that we have seen an increase in assaults and the figures show an extra 77 officers were assaulted in the past year. That’s nearly two officers in Norfolk assaulted every day,” he said.

“It’s an extremely worrying trend in the wrong direction and the Protect the Protectors Bill [which doubled maximum sentences to one year] clearly has not had the impact that we hoped it would.”

Home Secretary Priti Patel said this week at the Superintendents’ Association Annual Conference: “I stand with you, against any vile thug who threatens the thin blue line. If they come for our police, I will not hesitate to come for them. And I will do everything in my power to ensure justice is served.”

The Government are currently consulting on doubling the sentence for those who assault police officers to two years.

It’s a move welcomed by Andy.

He added: “We have to get to a position in which these would-be violent offenders think twice about assaulting officers as they know that in all likelihood they will be sent to prison.

“We have to appropriately charge and end the ‘plea bargaining’ and CPS accepting a lesser charge for a guilty plea.”

Assaults on officers can have a negative impact on their mental health, careers and family lives Andy said.

“I have seen the horrific attacks on my colleagues and the resultant injuries which put at risk their careers as officers.

“I have supported officers through the ill-health retirement process because their injuries sustained from being violently attacked have meant they could no longer work as a police officer.

“These attacks cause significant physical and mental injuries which at the moment not enough cognisance of these impacts are taken into account when the offenders are sentenced,” he added.

“Every time I meet with Norfolk MP’s the standing agenda item is the unprecedented attacks my colleagues suffer pretty much every day. I have lost count the number of officers who have been spat full in the face since the start of the Covid-19 pandemic.”