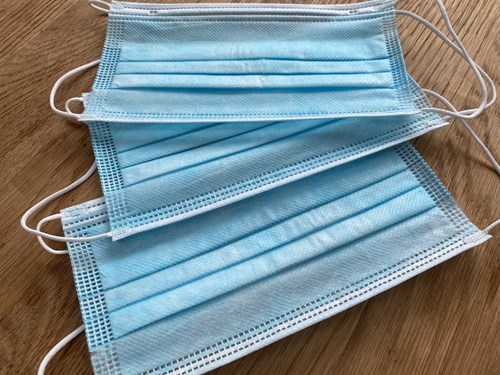 Norfolk Police Federation has said its members do not have the capacity to enforce the wearing of face coverings and that it did not want to become the “face mask police”.

From next Friday 24 July it will be compulsory to wear a face mask or covering inside shops in England, with a fine of up to £100 for those who do not comply.

Federation Chairman Andy Symonds said: “We want to make it clear what our expectations are in terms of our involvement. We will step back and allow the shops to administer and manage the new regulations, with clear signage.

“They’ve been very good up to now in managing their customers with social distancing, so I expect they will do the same here and make it very clear: no mask, no entry.”

Andy said he felt frustrated with the lack of notice from the Government about the new regulations, as well as its unclear messages in the past about whether or not the public should wear face masks.

He also said it was important that calls to the police were graded appropriately so that officers went out to the most urgent jobs. He said: “If there’s a call in to say that someone is not wearing their face mask, particularly if they have left the premises, we really haven’t got time to be chasing those people unfortunately.”

He continued: “I would only want our Norfolk Police officers to be going to retail premises if there is a crime in progress or about to happen, or if they’re in fear of somebody’s safety. What I don’t want us to turn into, because we don’t have the capacity, is the face mask police. We’ve got swathes of areas to police and lots of other jobs to be doing – we are spread thinly enough without having to start reacting to calls of someone not wearing a face mask in a private premises.”

Andy added that he thought the majority of the public would adhere to the rules but a “significant minority will think ‘I don’t care and I’ll do what I want’”. He said he wanted shops to explain the rules and encourage compliance, with clear signage, but that the police would help if things went badly wrong, as “the call of last resort”.