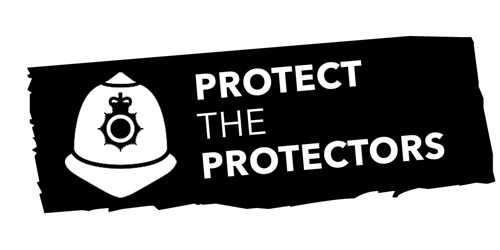 Of the 659 assaults carried out this year 127 left Norfolk Police officers with an injury of some sort. Nationally more than 30,000 officers were attacked, an increase of 3% on 2018/19.

Norfolk Police Federation Chairman Andy Symonds said he was not surprised by the increase, and he wants to see tougher tariffs imposed to deter would-be assailants.

“I’m not shocked that we have seen an increase in assaults and the figures show an extra 77 officers were assaulted in the past year. That’s nearly two officers in Norfolk assaulted every day,” he said.

“It’s an extremely worrying trend in the wrong direction and the Protect the Protectors Bill [which doubled maximum sentences to one year] clearly has not had the impact that we hoped it would.”

Home Secretary Priti Patel has said she is well aware of the growing need to tackle violence against blue light workers and has vowed to again double the maximum sentences meaning offenders could face two years behind bars.

It’s a sentiment echoed by Andy.

“I’m pleased that the Home Secretary has launched a consultation on doubling the sentence, but we need consistent sentencing from the courts so that people who attack my colleagues will receive a sentence behind bars,” he said.

“We have to get to a position in which these would-be violent offenders think twice about assaulting officers as they know that in all likelihood they will be sent to prison.

“We have to appropriately charge and end the ‘plea bargaining’ and CPS accepting a lesser charge for a guilty plea.”

Assaults on officers can have a negative impact on their mental health, careers and family lives Andy said.

“I have seen the horrific attacks on my colleagues and the resultant injuries which put at risk their careers as officers.

“I have supported officers through the ill-health retirement process because their injuries sustained from being violently attacked have meant they could no longer work as a police officer.

“These attacks cause significant physical and mental injuries which at the moment not enough cognisance of these impacts are taken into account when the offenders are sentenced,” he added.

“Every time I meet with Norfolk MP’s the standing agenda item is the unprecedented attacks my colleagues suffer pretty much every day. I have lost count the number of officers who have been spat full in the face since the start of the Covid-19 pandemic.”

Getting a Taser onto the PPE belt of every officer that wants one has been a critical campaign for the Federation and will hopefully prove to be a useful deterrent against assaults happening in the first place.

“We secured an agreement from the Chief Constable, Simon Bailey, that all front line officers, by 2021, that want a Taser can be trained and have access to one,” Andy said.

“All response officers need to be armed with this vital kit due to the level of violence my colleagues are now facing on an ever-increasing basis.

“Taser helps to reduce the attacks on officers, but it will also lessen the severity of assaults upon them. We have incidents where it has turned very quickly to be violent, and the nearest back up can be quite a long way away. Taser can help control the situation when it has got to that level.”

Another aspect that must be considered is double crewing of officers on a more regular basis, Andy said.

“The police service should seriously consider double crewing officers 24/7. I know this will help reduce the violence shown towards my colleagues; it will reduce the severity of injuries due to having two officers present rather than one.

“It is something I will be pushing for locally and nationally.”

For the full report visit; https://assets.publishing.service.gov.uk/government/uploads/system/uploads/attachment_data/file/904523/police-officers-assaulted-201920-england-wales.pdf