Police officers from across the UK gathered at the 16th annual National Police Memorial Day to remember fallen colleagues.

Norfolk Police Federation Chairman Andy Symonds said the event was an important way to remember colleagues who had made the ultimate sacrifice in the line of duty.

“It’s really poignant day; I’ve just met George McLaren [brother of Norfolk officer Robert McLaren who died in 1981] which is a fair while ago, and I can see he’s upset today so it’s important that we’re here to support them and support the policing family of all the colleagues that we’ve lost nationally.”

“The memorial is really important for the families because they send their family, their brothers, their daughters, their sons, out to go and protect the community and they never expect that they’ll never come back.

“They’re bereft and it’s important that every single year the memorial continues to make sure that their sacrifice is known and that they are thanked every year.” 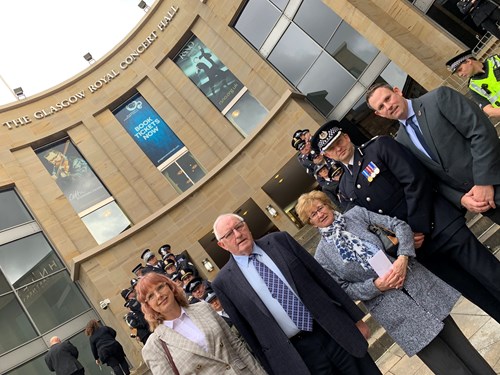