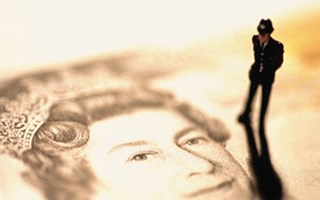 Today, the Court of Appeal has ruled that the Government’s changes to pensions with regard to judges and firefighters were discriminatory on the grounds of age.

For judges, the changes were also deemed discriminatory on the grounds of race and equal pay, as drives to increase diversity means many more of those in the younger group of judges are female and/or from a BAME background.

These cases were brought due to changes to public sector pensions in 2015, which also affected police officers.

PFEW, National Secretary Alex Duncan said: “This remains a complicated issue, with no certainty over how the government will choose to address the ruling.

“Today’s announcement seems like good news, but we need to digest the full judgement and of course we will continue to keep our position under review.”

Following the Court of Appeal’s ruling in the judges’ and firefighters’ cases, and having had the opportunity to digest the ruling in full, National Secretary Alex Duncan said: “The judgement handed down yesterday is both lengthy and complex, but nonetheless, a positive outcome for those engaged in the process.  The difficulty is determining what a positive outcome means for our members and those officers engaged with Leigh Day solicitors.

"Furthermore, within the ruling, there is reference made to other rulings which have been decided upon since we obtained our initial legal advice on whether to challenge the pension changes some five years ago.  There have been previous requests for our legal advice to be shared publicly, however our view has been that it could be unhelpful to those engaged in the current challenge and could, at any stage, undermine their position or our own.

“We have always closely monitored the developments within the cases lodged by the judges, firefighters and our colleagues represented by Leigh Day and at every stage we have stated that we would review our position dependent on developments.  As a result of yesterday’s Court of Appeal ruling, we have made the decision that the PFEW will be obtaining further legal advice, which will incorporate a thorough review of our previous advice, including this recent ruling and arguments put forward within the Court of Appeal.  It will also include advice from our pensions specialists, allowing us to better understand what this means for members and how best to represent them moving forward.

“We anticipate that this review will be completed early in 2019, at which point we will be better informed to be able to decide on what the next steps should be.”