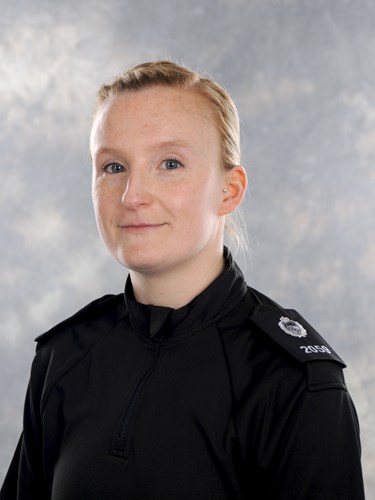 Two Norfolk Police officers who safely apprehended a gun-wielding man intent on ending his life in a ‘shootout’ have been nominated for The National Police Bravery Awards.

On 23 May 2021, PC Leanne Payne (pictured) and PC Joseph Konieczny were called to a pub in Surlingham following reports of a man dressed in military-style clothing, armed with what was described as a rifle.

The suspect had gone to the location with what turned out to be an imitation gun, intent on provoking a police shooting as he “wanted to be shot dead”.

He had told a member of staff at the pub: “I will come into the pub in a minute, I will be armed.”

When the officers arrived at the pub, they were confronted by the man holding what looked like a genuine weapon. They described the incident as like a “nightmare”.

But while threatening the officers, the man slipped, which afforded them time to deploy a non-lethal baton round, striking him in the leg. The officers then arrested and detained the suspect.

The man was charged with numerous offences and was later jailed for four years and four months.

In sentencing the man, the judge said he was “clearly intending a fatal action against [the officers]”, adding he had created a very serious risk of severe psychological harm to those present as well as a high risk of his own death.

Sam Hawkins, Secretary of Norfolk Police Federation, said: “What incredible work from Leanne and Joseph. We are so proud of them.

“They understandably believed this man had a genuine weapon, and feared for their lives. But their calm professionalism and quick thinking meant they were able to disarm him and detain him, protecting everyone around them.

“Leanne and Joseph embody the best of the police service – they deserve all the praise and recognition they are getting.”

As nominees, PC Payne and PC Konieczny will attend an awards ceremony in London in July. A total of 77 nominees from 39 forces in England and Wales will be honoured at the ceremony.