Pay and Morale Survey: 97% of Norfolk Police officers do not feel respected by the Government 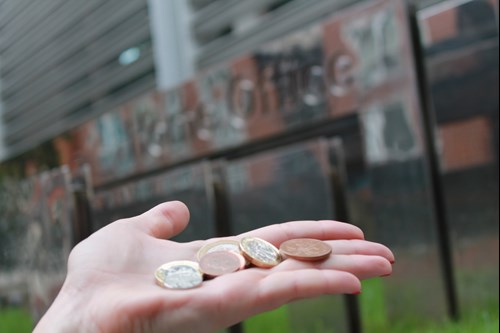 A huge 97% of Norfolk Police officers say they do not currently feel respected by the Government with 47% worrying about their finances every day.

72% of respondents from Norfolk Police felt that they were worse off financially than they were five years ago and 15% of respondents reported never or almost never having enough money to cover all their essentials.

The negative impact of the Government’s treatment towards police officers and police pay is clear from the survey – 77% of respondents from Norfolk Police felt that morale within Norfolk is currently low.

And 67% of respondents from Norfolk Police said that over the last 12 months, their workload has been too high or much too high.

So it comes as no surprise that 79% of the 362 respondents from Norfolk Police said that they are dissatisfied with their overall remuneration.

Meanwhile 61% of officers who responded said they would not recommend joining the police to others and 11% of respondents from Norfolk Police said they had an intention to leave the police service either within the next 2 years or as soon as possible.

Andy Symonds, Norfolk Police Federation Chair, said: “The results from our survey in Norfolk highlight the real and worrying trend which shows officers are struggling to cope with the financial pressures with almost half of those surveyed worrying about money every day.  This has been bubbling for a number of years with limited pay caps and pay freezes over the last 12 years.

“In the Federation we have seen a sharp increase in having to support and signpost officers to help them deal with their financial situation. Many officers, particularly those with 5 or less years’ service are unable to cope with unexpected financial bumps such as repairs to their personal cars, or having to replace a broken washing machine or fridge. Officers wishing to move from rented accommodation to another due to the area or flat they’re currently living in not being appropriate with their role as a police officer cannot due to not being able to pay the required deposit.

“With the suppression of pay police officers have been subjected to without any recourse due to the fact that we have zero industrial rights and the current model for deciding police pay awards being completely unfair. We have the crazy situation that the terms of reference for the pay review body are set by the Government and even if the pay review body were to recommend a pay rise it has to be agreed by the Government. The cards are stacked against officers. It’s like playing a game of football in a team of 11 against opponents who have double the amount of players than you. And not only that but the referee for the game has been ordered to award everything to your opponents throughout the entire match.

“So, it’s of no surprise to me that 97% of respondents to the survey in Norfolk confirmed they do not feel respected by this Government. This growing issue, which needs to be addressed immediately, sits squarely in the Government's urgent inbox to sort. We need them to accept these issues which currently they do not, then listen to the solutions which are very easily enacted, without delay.  With the cost of living crisis hitting everyone in the country, all officers want is a fair pay rise which takes into account current inflation and actually goes a significant way to recouping the 18% real terms pay cut that we’ve suffered over the last decade. Going forwards, we want real change to the pay review process so that it is fair, takes into account our unique status, and allows us to negotiate pay on behalf of the officers we represent.

“My colleagues are human beings who happen to wear a uniform to protect others from danger, being victims of crime and catching those who commit crimes. They often place themselves in harm’s way to protect strangers. They’re assaulted and spat at on a daily basis. They’ve stood up to being counted throughout this pandemic only to be told that they are not worth a pay rise last year.

“77% of my colleagues who responded to this survey reported feeling that morale was low. And the major contributing factor to this is the fact that officers have seen over many years their pay decrease in value. Many of their conditions of service are being reduced or taken away completely. It’s a tough job which takes its toll both physically and mentally and all officers want is to be treated with fairness and paid appropriately for these stressors and dangers, but they are not, and have not been for many years now.

“This trend must cease now and start to be reversed so that my colleagues are paid for the demands, dangers and impact it has on their private life. Many of us miss important family events due to being kept on after our shift has finished due to demand, having to work on our rest days due to them being cancelled or re-allocated, cancelled annual leave, working bank holidays and imposed annual leave embargos.”