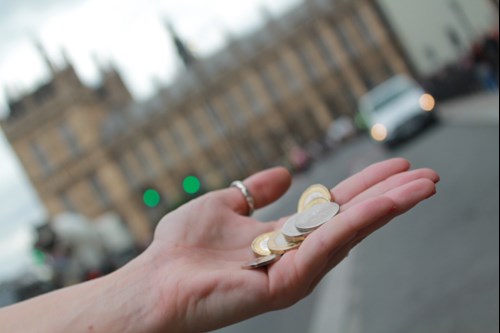 More money in officers’ back pockets is always welcome, but the police pay announcement still amounts to a real terms pay cut, Norfolk Police Federation has said.
Chair Andy Symonds was speaking after the Government announced a £1,900 pay rise for all officers from 1 September.
The rise equates to an 8.8% increase for the lowest paid officers – and is equivalent to a 5% overall pay award when all ranks and pay scales are taken into account.
The Home Office said it had accepted the recommendations of the Police Remuneration Review Body in full, saying it reflects “the vital role police officers have on the frontline making our streets safer”.
Andy said: “This is a mixed bag of pay awards and its clearly weighted to those younger in service at the Constable rank. This is the right thing to do in my opinion, but we all know that whatever length service or rank we're all at the cost-of-living crisis continues to bite hard and inflation is due to rise further still.
“More money in our back pockets is always welcome to help pay our bills, support our families and live life well. But the facts are this is still real terms pay cut for us all, regardless of length of service and rank. Even with this pay award we're all still facing difficult decisions in terms of cutting household budgets to cope with the cost-of-living crisis.
“Over the past 12 years we're still over 20% down on where our pay should be. So, in reality we're still not further forward in terms of making inroads into this lost pay, particularly when you take into account the current inflation levels.
“The Federation is still working through the pay review body report and further details and analysis will follow in due course once we've properly digested the report.”
For officers in Norfolk, the pay announcement means the £1,900 award amounts to following:
• Constables on the entry pay point (starting salary) £24,780 will get what equates to a 7.6% pay rise.
• Constables on the top pay point of £41,130 will get a 4.6%.
• Sergeants on the entry pay point of £43,965 will get 4.3%.
• Sergeants on the top pay point of £46,227 will get 4.1%.
• Inspectors on the entry point of £52,968 will get 3.5%.
• Inspectors on the top pay point of £57,162 will get 3.3%.
• Chief Inspectors on the entry point of £58,332 will get 3.25%.
• Chief Inspectors on the top pay point of £61,725 will get 3%.
The Government also announced it has raised the starting salary for officers joining on the Degree Apprentice programme to £23,556 – also from 1 September.
The Dog Handlers’ Allowance will also be increased by 5%.
Home Secretary Priti Patel said: “It is right that we recognise the extraordinary work of our officers who day in, day out, work tirelessly to keep our streets, communities and country safe.”
In its recommendation to the Government, the PRRB noted concerns about the cost of living on junior ranks.
The Home Office said it would be supporting forces with an additional £350 million over the next three years, from within its existing budget, to help cover the associated costs of the pay award.