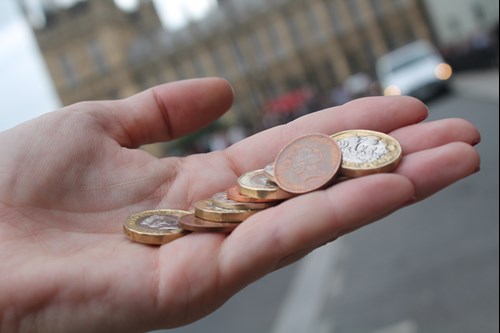 The 2020 police officer pay rise submission has been made, calling for a 5% pay rise for all officers. Norfolk Police Federation says this “recognises the work police officers do every day” and that it’s important the Government takes it seriously.

As well as the 5% pay rise, the Police Federation of England and Wales (PFEW) is asking for a minimum starting salary of £24,177 for new recruits.

- An increase in location and dog-handlers’ allowance – and that both London and SE allowances should be increased to 150% of their current values.

Andy Symonds, Chairman of Norfolk Police Federation, said: “This submission recognises the work that police officers do tirelessly every day. We have to recruit a large number of officers over the next few years, so we have to be an attractive proposition to people who will have thought about other industries that might pay more. We’ve also got to retain as many officers as we can.

“Thankfully the Chief Constable in Norfolk has given me the assurance that the starting salaries in Norfolk will remain at just over £24,000, so that’s pleasing locally. But nationally we need to keep pushing that.

“The headline figure of an extra 5% is positive, and it’s really important that now the Government have said austerity is over, this is taken very seriously. I’m frustrated, and I know many of my colleagues are too, about some recommendations in previous years not being adhered to.”

All sides – the Home Office, Chief Officers and staff associations – give their recommendations to the independent PRRB, who then submit a paper/recommendation to the Home Secretary Priti Patel. She has the final decision on the pay rise for 2020, which is usually made in the summer and kicks in in September.

PFEW Chairman John Apter said: "This comes on the back of 10 years of austerity measures, which have seen police officers’ pay either frozen or capped, like many other public sector workers, at 1%.

"So a new recruit might be starting now on £18,500. Now, if that stays as it is that means that police officers are on 15p an hour more than the living wage; these are officers who many politicians proclaim to be the bravest in the world and are doing fantastic, great stuff.

"That is completely unacceptable. So we’re calling for an increase for starting pay which will take them to over £24,000, to recognise the role that they carry out and the dangers that they face, but also an overall pay rise of 5%.