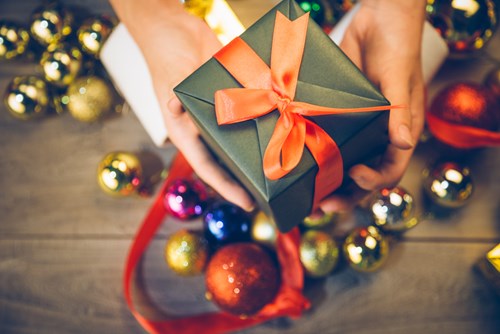 “I’d like to say thank you on behalf of the Federation for all the work you’ve done throughout another tough year,” says Andy.

“It’s been a difficult year with the pressures on the Force associated with an increase in serious crime and having to ask uniform Officers to help with CID investigations.

“We have been severely stretched, so I thank everybody for all their hard work and commitment in difficult circumstances.”

Apart from its normal day-to-day work, Andy says that the Federation has been working hard behind the scenes on a number of issues on behalf of members.

“There are two notable successes that I am particularly proud of.

“Firstly, I have negotiated with the Chief Constable to give every Officer who works on New Year’s Eve an additional eight hours off. So that is an extra eight hours on top of their re-rostered day off.”

He also managed to secure Officers an improvement in pay, regarding paternity leave.

“Before, Officers received one week off on full pay and then could take another week on statutory pay of £130.

“Many new fathers didn’t take the second week as they just couldn’t afford to.

It’s a major result for the Federation and makes the Force more family friendly.

Finally, Andy wants to remind members that he is here to support them.

“There is always a friendly face at the Federation for anyone who needs help, and we look forward to working together next year on a number of positive initiatives.

“We wish everybody a very Merry Christmas and Happy New Year.”