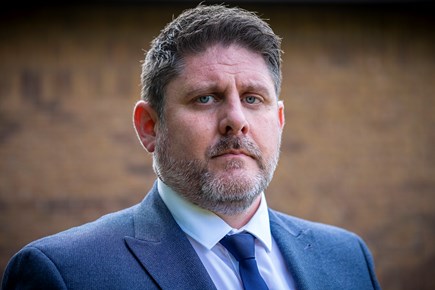 This morning (16 August), Leicestershire Police Federation Chair Adam Commons spoke with BBC Radio Leicestershire about demand being placed on the police force following complaints from the local public about how burglary and theft were not being investigated properly.

Q: There’s not a lot of praise from the community in the way burglary and theft are dealt with. Is there a problem with the way burglary and theft is policed?
A: I don’t think it’s that specific offence to be honest, this is something that has been a long time coming, with the force having to make some difficult decisions around what we can spare the time to look into. That’s not saying we shouldn’t look into everybody’s crimes, of course we should, any victim of crime deserves that right to have it investigated properly, but the way our demand is going it’s not dropping, it’s going higher and higher, and we don’t have the resource to give everything the time that it deserves and that is an absolute travesty. I have seen that happen over the course of 20 years, but that is why The Police Federation are constantly saying we need a better funded police service, with multi-year deals for Chief Constables so that they can invest in the number of staff to be able to look into those offences properly and give the public the service they quite rightly expect.

Q: How has the Police Service changed in 20 years?
A: When you think of how technology has changed in 20 years, everyone now has a mobile phone and the smallest things that in the past would not be reported to us, driving by and noticing something, that all now comes into us. They all require a response, they all require logging, some kind of investigation if we can do it. Look at the politicization of the Police by The Government, where they have kindly decided to interfere, the lack of resources. I went from being on a shift of 12/15 people at Loughborough when I started in 2001, there are not that many on that shift now I can promise you that. That’s because we have had to move resources into other areas. Look at how cyber crime has grown, how digital investigations have had to grow to keep pace with what is happening in those areas of the world, so crime has evolved and changed but policing numbers haven’t evolved and changed with that. We know police numbers shrank by 20,000, there’s a programme at the minute, The Government call it the uplift, I call it the replacement programme, which is bringing the 20,000 back, but there has been no growth on top of that. Since 2010 the population has grown by 8%, policing is not naturally growing with population increases, so we’re swimming against the tide.

Q: What is taking precedence? What things are you having to deal with, meaning that burglary and theft is being overlooked a little bit?
A: Burglary is still a Force priority, it always has been as burglary is one of those crimes which is high priority and quite devastating to people, but you factor in some of the other stuff we have to look into, serious stuff like county lines, domestic incidents, which are quite rightly a massive priority. 20 odd years ago, they were a rarity, but now we know from statistics that dealing with domestics at an early stage can prevent serious offences down the line. Factor in some of the other things my colleagues are dealing with, in relation to demand from other agencies, picking up work from local authorities, picking up work in the mental health services area where again, 20 years ago that did not exist. We’re better now as a society and we recognize mental health, we know how to treat it, deal with it and see the early signs, but at 3 o’clock in the morning when someone is a mental health crisis, there’s only one service that will answer the phone and help you and that’s the police. And that adds another layer of demand because that incident doesn’t just finish in the early hours, it goes on with my colleagues having to put in safeguarding and referrals. We can’t keep picking up all this work from these other services.

Q: How does it make you feel to hear so many people saying the police are not bothered with burglary and losing faith in the police force?
A: It’s really upsetting, and it hurts my colleagues, I can promise you. There is nothing worse than going to work every day and knowing that you can’t do enough because of your workload, and the other stuff you’ve got to do, that you can’t dedicate a few more minutes to something because another job has come in and you need to race off to it and pick that up in addition to your queue of everything else. I can understand where the public are coming from, but I can promise my colleagues are working at 110~% and it hurts them that they can’t do more, and they can’t have people on the show saying you know what they were fantastic and did everything for me, because they want to, but their hands are being tied.

Q: How do we go about fixing this and restoring the faith again?
A: Unfortunately, it’s the words the Government don’t like to hear, the way to deal with it is to increase resourcing. I’ve already said about the 20,000 that were cut, but one of the big things we want is the Government to give a multi-year funding agreement to the police so that Chief Constables know how much money they have got for a 2,3,4-year period, so they can start to recruit knowing they have the money and where it is so we can build those resource back. That is a massive issue. I know there are other things, the Government is very good at saying you need to do more with less, but it doesn’t work like that in policing. You just can’t when more people are reporting crime, you’ve got to give it the time it deserves, we need people for that. 80% of bills for the police go on wages, because it is a people service. We need the people to give the service back to the people of Leicestershire.

Or listen back here: https://www.bbc.co.uk/sounds/play/p0cpw21s