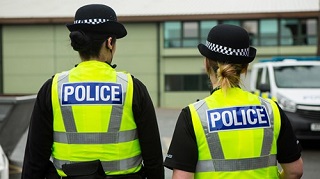 Since its creation in 1919, the Police Federation of England and Wales (PFEW) has represented the interests of officers from the ranks of constable to chief inspector. It was established by the Police Act following strike action by many officers. The Federation is often referred to as the 'police union' in the press. But there are several vital differences between the Federation and a union. Police officers are not allowed to go on strike and the Federation is not associated with any political party or trade union.

It is funded by monthly subscriptions from officers. The Federation works on three levels, local, regional and national. On a national level, the Federation negotiates with the Government and other bodies on issues affecting officers and is also consulted on matters such as pay and conditions. It often comments on matters affecting the service in the national press and holds an annual national conference in May attended by delegates from forces across England and Wales as well as leading politicians and representatives of other organisations such as the Independent Office Police Complaints (IOPC), the probation service and the National Police Chiefs' Council.

There is a Police Federation branch in every police force. Due to recommendations made by the Normington review of the Police Federation, Leicestershire Police Federation now works jointly across the ranks. Our full-time officials deal with the day to day running of the Federation and attend National Council meetings which help direct the National Board as to what it is felt it should be focusing on during the year. Leicestershire's Branch Board meets once a month and the Branch Council (all the elected Federation representatives) meets at least annually to agree good governance and provide direction. We also have workplace representatives across the Force who have a basic understanding of Regulations and can answer simple questions about over-time rates, annual leave entitlements and so on.

All matters which can be dealt with locally are handled by the Branch Board, which negotiates with the Chief Constable or, in some matters, the Police and Crime Commissioner's Office.

The Leicestershire Police Federation represents, influences and negotiates to support its members and help meet the challenges of policing.