“The Government has awarded police officers a pay cut… The Prime Minister excels at changing his mind, I’d urge him to change it today.” 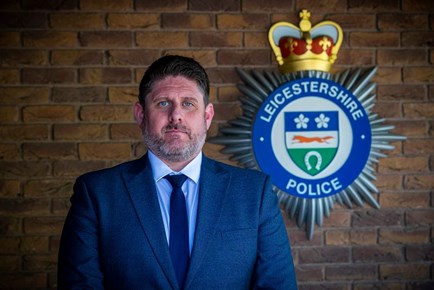 “The Government has awarded police officers a pay cut… The Prime Minister excels at changing his mind, I’d urge him to change it today.”

Adam said: “Should I be surprised at yesterday’s announcement? Probably not anymore. This Government have a predictable habit when it comes to policing - say nice things but never deliver where it matters.

“Since last March, my colleagues have done everything asked of them and more. They have picked up the extra work that the Government’s rushed Covid legislation sent their way, on top of the ‘normal’ police jobs.

“They have been cast as the villains by a main stream media hellbent on picking up on any anti police story, and tearing apart the actions of those who run towards danger.

“My friends and colleagues are breaking. They have been going non stop for over a year and it’s getting even busier with the final lifting of the lockdown measures.

“The reward for their hard work is a real terms pay cut. And yet the ‘independent’ body who should be making the decision on a pay award were directed not to by the Government. This is the final straw in the ongoing farce of this review body.

“Does anyone else have an ‘independent’ body that the Government can just ignore as they see fit? Have the Government changed the law so that their own pay body, IPSA, can be ignored? Of course they haven’t because this is a Government who don’t care about police or teachers. They care about themselves.

“The Prime Minister excels at changing his mind, I’d urge him to change it today. It’s now time that locally in Leicestershire, and Nationally, the Federation show our members we will fight this on their behalf.