“People need to understand that if you assault an emergency services worker, you will pay the penalty” 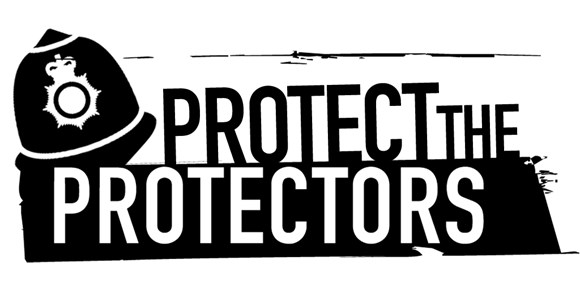 “People need to understand that if you assault an emergency services worker, you will pay the penalty”
“People need to understand that if you assault an emergency services worker, you will pay the penalty”
Those were the words of Leicestershire Police Federation Chairman Adam Commons as he spoke to BBC Radio Leicester this morning about the rise in assaults on officers.
This week Leicestershire PC Maddie Hayes shared her story of the awful assault she endured which left her nose hanging off.
Adam said “It’s an awful thing for Maddie to go through. It’s the wider impact, her family, her colleagues, it’s a horrific incident.
“Sadly, its not just Leicestershire Police who have seen a rise in assaults, statistics across the country show an increase.
“We turn up to jobs to help people and when they don’t get answers they want to hear they can turn on my colleagues very quickly. I wish I knew why they think they can do that.
“You would think during lockdown there would have been less people around, but it’s been business as usual for my colleagues. They have been going to the same crimes, the same number of incidents but then you factor in covid as well and people use it as a weapon, spitting at officers, coughing in their faces and telling them they’ve got covid. Being spat at is one of the most disgusting things that can happen to you as a police officer, but with covid factored in as well, its leaves officers questioning have they. We can’t make people be tested, so our officers have to go into isolation wondering if they have been infected.
“The support that Maddie has received from Leicestershire Police has been fantastic. Across the country, and in Leicestershire we have had a Taser uplift. More officers are carrying that, and it’s a fantastic piece of kit.
"We’ve got increases to sentencing being fast tracked by the Government as part of the Protect the Protectors campaign, doubling sentences for those who assault emergency services workers. We need the criminal justice system to start taking note of those sentencing powers, utilizing them and making sure people understand that if you make that decision, you assault an emergency service worker you are likely to pay the penalty and go to prison.”
Also speaking to BBC Radio Leicester, Maddie said “It all happened so quick, there were no tell-tale signs that anything like that was going to happen. When he punched me it was so strong I couldn’t see, my vision was blurry and I felt the worst pain I’ve ever felt in my life.
“He had a ring on and because of that it tore my nasal cavity. The doctor called it a through and through wound so it was completely open and I had to have surgery to put my nasal cavity back together.
“I’ve got to live with these injuries for the rest of my life, just for doing my job. Just because I wear a uniform I’m not defined by that, I still go home to my family, I’m still a person.”