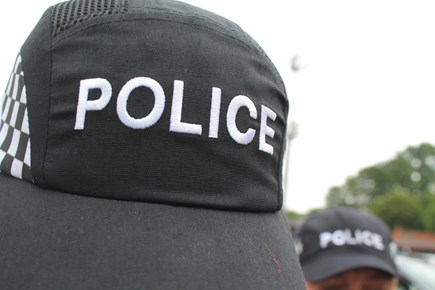 Of the Leicestershire Police officers who responded to the 2020 Pay and Morale Survey, 30% said they worried about the state of their personal finances every day or almost every day.

The results of the survey come out after Chancellor Rishi Sunak announced a public sector pay freeze for all workers outside the NHS – apart from those on less than £24,000, who will get a pay rise of at least £250.

Of the 619 Leicestershire officers who responded to the survey, 65% said that they were dissatisfied with their overall remuneration, and 51% felt that they were worse off financially than they were five years ago. Worryingly, 5% reported never or almost never having enough money to cover all their essentials.

Adam Commons, Vice-Chairman of Leicestershire Police Federation, said: “We are still in unprecedented times as the global health pandemic continues, and we enter a new phase of tiered restrictions.

“It is clear from these results, with 30% worried about their finances, that the decision of the Chancellor this week to freeze police pay will impact on a number of my colleagues in the coming months.

“I hope that the Government takes note of these results and remembers the sacrifices officers have made – and continue to make.”

Adam said he hoped these sacrifices would be recognised, “once we see a return to a new type of normality”.

Meanwhile, 41% of respondents from Leicestershire Police said that their morale was currently low. The most common factors having a negative impact on morale were: how police as a whole were treated; pay and benefits; work-life balance; workload and responsibilities; and the COVID-19 crisis.

Just under half of respondents from Leicestershire Police said that they would not recommend joining the police to others, and 5% said they had an intention to leave the police service either within the next two years or as soon as possible. But this compares favourably to the 10% nationally who said they wanted to leave the police.

This year, the survey also contained questions about the COVID-19 crisis; 51% of respondents from Leicestershire Police said that their force had managed officers well during the pandemic.

A higher proportion of Leicestershire respondents – 67% – said they have had access to adequate PPE when necessary, compared to the national figure of 48%.

Adam thanked the members who had filled in the survey, and said he was pleased there was an 11% increase in responses in Leicestershire this year.