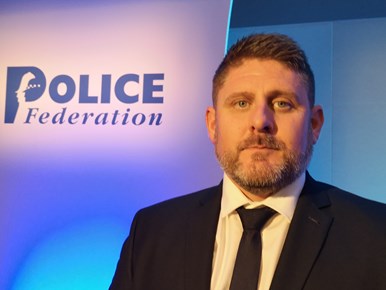 I became a Fed rep and then specialised in discipline after a particularly difficult investigation that I faced. My rep was fantastic, he made me feel comfortable about being interviewed, kept me updated and was the person who called me to say it was all over with no case to answer. That set off a spark inside me; I wanted to be able to use my experiences and time in the job to help other people.

The thing that hit me hardest was watching an officer I’d represented lose their job at a hearing. I’d known from the beginning of the incident that it was probably going to happen, and I had to prepare him for that, which entailed going through some painful moments. It’s hard to know what to say when someone you’ve supported throughout is losing their career. On the other end of the scale, I supported someone through a complex criminal investigation and seeing their reaction and the relief when it was all finalised and there was no case to answer was one of the best feelings I’ve had.

Time limits during investigations are my biggest concern for members. We quite rightly must investigate crimes reported by the public as expeditiously as we can. How and why can it be acceptable then for colleagues to sometimes go through years of stress in a conduct investigation? This is something that has to improve.

In Leicestershire we have an excellent relationship with our professional standards department who work hard to try to minimise the time taken over their investigations. It’s when the Independent Office for Police Conduct get involved that things tend to become more prolonged. PFEW’s Time Limits campaign is so important in making change happen and holding investigators to account for the stress and anxiety that prolonged investigations cause.

You can read more about PFEW’s Time Limits campaign https://www.polfed.org/campaigns/time-limits/