On Friday 15th November 2019, in the centenary year of the Police Federation for England & Wales, the Police federation Hampshire branch held a formal dinner to reward and recognise their federation representatives as well as partners and colleagues form the force that have worked with the branch to the benefit of their members.

The evening saw the culmination of the branch’s fundraising efforts with a grand raffle in aid of their chosen charity – SolentMIND and a presentation of a cheque to the value of £3060!

Awards voted for by the branch board included ‘COPSTAR18’ to PC Darren COOUPLAND who was nominated by the public for saving a mans life. 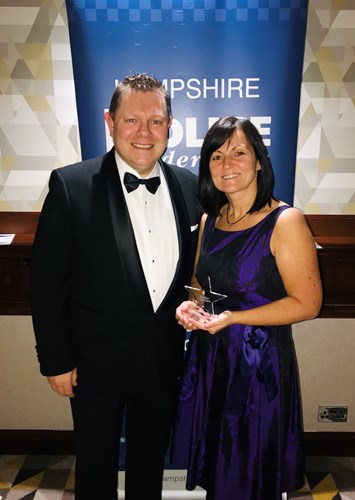 Kirsty Shannon was presented with a momento and flowers from Alex CHARGE for her dedication & service to the branch.

“This was all about our reps and recognising all the hard work they all put in on behalf of the members, often out of their normal working hours or changing shifts to accommodate representing members. Also to their partners who put up with the out of hours calls and shift changes at short notice. 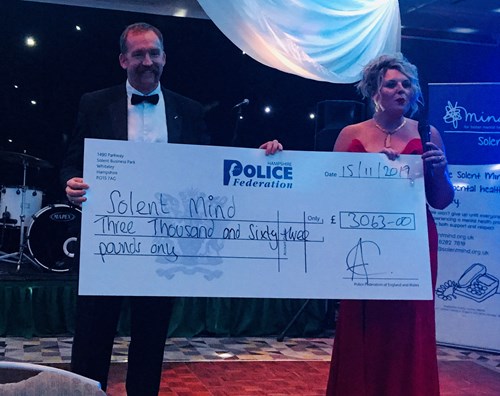