Wrongly labelling the Police as institutionally racist would damage public confidence in policing and the confidence and morale of the officers. 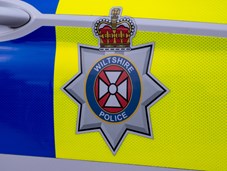 Wiltshire Police Federation reacts as Chief Constables in England and Wales consider making a “public admission that their forces are institutionally racist”.

According to a report in the Guardian newspaper – which has not been challenged by Chief Officers – members of the National Police Chiefs’ Council began debating whether to put out such a declaration/label on policing at a meeting in Manchester last week.

More discussions will be held in January, and a decision from police chiefs is expected in February.

Phil Matthews, Chair of Wiltshire Police Federation, said wrongly labelling the Police as institutionally racist would damage public confidence in policing and the confidence and morale of the officers.

Phil said: “To label all police forces in England and Wales as institutionally racist could damage the ongoing work of the Wiltshire Police in advancing its policies around Equality, Diversity and Inclusion. Which in Wiltshire are recognised as very good. Recently Wiltshire Police were ranked 36 in the Inclusive top 50 employers list for 2021/22.

“While there will always be more change required to old policies and practices I believe we are on the right track and working towards the right goals.

“I believe our Chief Constable is aware of the impact such a term would have on colleagues and while we can all agree that there is still work to be done, to label the entire force as institutionally racist is inaccurate and would damage the public confidence in policing as well as the confidence and morale of the officers.”