Salisbury has been declared free from the nerve agent Novichok almost a year after the Sergei Skripal poisoning.

The former Russian spy's house and 11 other potentially infected sites were ruled safe on Friday.

Deputy assistant commissioner Dean Haydon said: "I am conscious someone may have information but is worried about telling us a year on."

Military personnel spent 13,000 hours on the clean-up after the nerve agent attack on 4 March 2018.

Mr Skripal and his daughter Yulia were targeted in the Novichok attack and Army Lt Gen Ty Urch said it had been "the longest running" operation of its kind on British soil.

An estimated 600 to 800 specially trained military personnel, including the chemical, biological, radiological and nuclear regiment, were involved in the clean-up.

The operation included taking thousands of test samples from across Salisbury and nearby Amesbury, where Dawn Sturgess, 44, was fatally poisoned in July.

Mr Haydon, who is the senior national coordinator for counter terrorism policing, added: "I am urging anyone who has information that they have not yet passed on to police to do so. Please do not worry - just call or email us. The information you have could be crucial to securing the prosecution of those responsible for Dawn Sturgess' death."

Along with the Skripals' house, in Christie Miller Road, the sites included the area around a park bench where the Skripals were found collapsed, the Zizzi restaurant where they had dined beforehand, and the home of Det Sgt Nick Bailey, who was exposed to the agent. 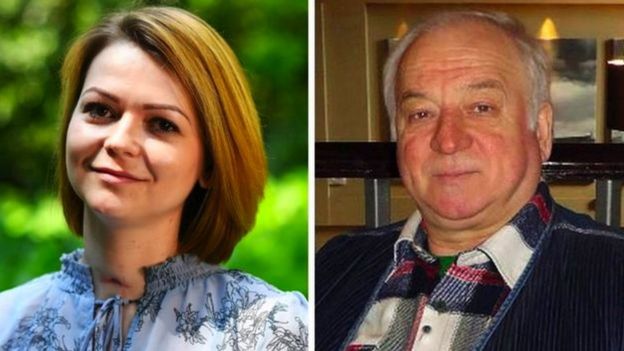 Alistair Cunningham, from the South Wiltshire recovery coordinating group, said it was a "significant moment" for the area.

He added: "Work will begin shortly to reconstruct and refurbish the [Skripals' house] so it can return to being a home again.

"We are continuing to talk to the residents on the future of the property as it is important their views are taken into account."

Environment minister Therese Coffey said the "professionalism" of all those involved in the clean-up had been "exemplary".

The 355-day operation also included the Amesbury home of Ms Sturgess' partner Charlie Rowley, 45, who survived after being exposed to the nerve agent.

A Boots pharmacy branch, Amesbury Baptist Church and ambulances used in the initial response also had to be decontaminated.

Lt Gen Urch, who oversaw military involvement in the clean-up, said the "slow, deliberate and detailed" operation had been "an amazing demonstration of physical and mental courage".

"Novichok is probably one of the most dangerous and most challenging chemicals in existence today and you don't need very much of it and it's highly spreadable," he said.

"I think our military personnel have demonstrated genuine courage."

He added that the teams involved in the clean-up would be "recognised in due course for their courage".

Anyone with any information relating to the Novichok attack is asked to call police.