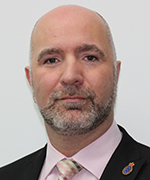 I joined Wiltshire Police in 2002 and have served in various uniformed roles throughout the county including Neighbourhood Policing, Response, Custody and within the Staff Office.  Before becoming Wiltshire Federation Chair I was one of the 5 Community Police Team Inspectors within Swindon.  My life pre police included managerial experience within the military and private industry.

I took over the role of Chair in Dec 2018 after the first vote involving all federated members, something I am really proud of.  Prior to becoming the Chair I served over 4 years as a Rep assisting colleagues from all over the force with various issues. I found this truly fulfilling and would recommend this to any colleague considering becoming a Federation Rep.  I was also the Professional Development Lead for Wiltshire Federation where I fought to influence decision making on the future of policing.

My aim as Chair is to ensure we are a Federation for all, a source of information around Police Regulations, Employment Rights, Health and Safety and so many other topics relating to wellbeing and support. I don’t want us to just be here for those officers who unfortunately find themselves in difficulties; but to be here for all to help make our organisation more efficient by being proportionate and effective when managing staff. 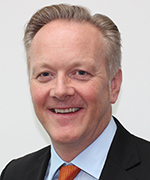 I joined Wiltshire Police in 1991 and have served at the following stations  Warminster, Salisbury, Wilton and Mere/Tisbury as a response officer and a community beat officer. I have spent a considerable amount of my service on the Armed Response Group covering the county.

I became a workplace Federation representative in December 2012 and after completing a number of courses became Deputy CAPLO. In May 2016 I took over the fulltime post of CAPLO and in May 2018 became the Wiltshire Federation Secretary. I am the Post Incident and Health & Safety lead. During my Federation career I have represented officers from all over the county in misconduct, performance, attendance and medical retirements.

My aim as Secretary is to ensure that my fellow officers are treated fairly in the workplace and given the opportunities to further their careers.