An Officer Is Assaulted Every Day In Wiltshire 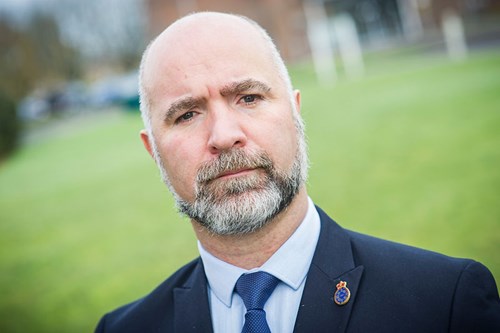 An officer is assaulted every single day in Wiltshire, the county’s Police Federation has revealed.

Federation Chairman Mark Andrews said the worrying stat included officers being spat at, pushed, punched and kicked on duty and that ‘nearly every’ officer in the force had been assaulted at one point in their career.

He told BBC Radio Wiltshire that the level of assaults on officers across England and Wales has increased over the past year, despite recent legislation giving courts tougher sentencing powers.

“As a Federation, we’ve worked hard to have the level of sentencing available to our judges increased for an assault on emergency service workers,” he said.

“We’ve worked really hard and we had the sentence increased from six months to 12 months. We are finding that it doesn’t matter whenwe get someone to court – they’re not receiving the higher end of those sentences or even any custodial time at all.

“Often they get away with a minor fine. Some are getting limited community service, and some are being plea-bargained out and we’re losing out as police officers, as victims of crime.

Virtually every officer in the force has encountered an assault of one kind or another – something Mark has suffered himself. Not surprisingly it’s having a negative impact on officer morale.

“It’s almost one police officer every day that gets assaulted in Wiltshire – virtually every single officer out there has been assaulted in one form or another. I’ve been assaulted as well. I’m one of those officers who will go to football grounds inthe helmets and I’ve had bricks thrown at me. I’ve been kicked. I’ve been scratched. It has a lasting effect on you.

“Injuries heal but knowing that people don’t respect your uniform and don’t feel that law and order applies to them, it worries you when you go to the next incident,” he said.

“I won’t lie to you; it has a real negative effect on officers. So much so that these attacks are leading to low morale among police,” Mark added.

“There’s something like three quarters of Wiltshire Police officers who have low morale at the moment and those three quarters believe it’s down to the way they’re treated outside.”

It’s led to a slow trickle of officers saying they’ve had enough and leaving the force.

“A survey conducted by our National Federation, when broken down for Wiltshire, revealed there are a significant percentage of officers with more than five years’ service who are thinking about leaving or are maybe leaving [the force] and there’s 50% of officers who wouldn’t even recommend the job to new starters,” Mark said.

“We need to know that when we put someone in front of the courts that they are going to be given the maximum sentence at the time.”