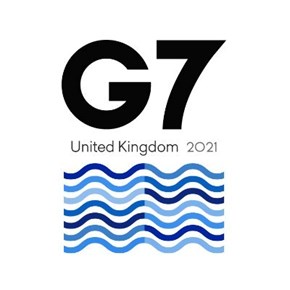 Police officers working away at the G7 Summit will be able to claim an overnight allowance of £50 a night.

All mutual aid officers and local officers who are staying away from home and held in reserve during the G7 Summit will receive the Away from Home Overnight Allowance for each night they are away.

Devon and Cornwall Police Federation Secretary Jim Purkiss said: “It’s a good result for us, as initially the operation didn’t think it would be able to pay the allowance to officers. We made representations to the GOLD commander that by paying the allowance, it not only supported the wellbeing of officers but also the policing operation.

“It’s a massive win because historically things like this haven’t always been a given. So I think it’s a great achievement for us to influence the force, for the benefit of them and our members.

“We reminded the operation that by holding officers in reserve and available for immediate deployment, would assisted the force dealing with any unknown Policing requirements, especially with the geography of the force area.”

The guidance around providing overnight allowance for officers on mutual aid operation is that is it is discretionary, but the Federation persuaded the operation to implement it, not just for mutual aid officers but also for local officers who would need to stay away from home.

Devon and Cornwall Police Federation Chair Andy Berry said: “A lot of our own officers are going to need accommodation because of the geography of the area and the fact it takes over three hours to drive from one end of the force to the other on a good day without any traffic jams. Our officers might still be a long way away from the event, so they’re going to be treated in exactly the same way.”

Officers can claim the allowance via their own forces when they return from the Summit. Some 5,000 mutual aid officers are expected to assist Devon and Cornwall Police during the Operation.

Adam Commons, Chairman of Leicestershire Police Federation, said: “The Federation asked for this allowance to be paid very early on in the planning as it often gets overlooked and we have to fight for it. I’m pleased that won’t be the case with this deployment - and my colleagues travelling down will know where they stand in relation to what they can claim on their return, and if they need any help they can contact us. I’ll also be sending an update to everyone before they leave.”