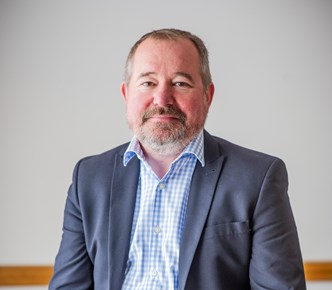 Q. What’s your role in Leicestershire Police?
A. I’m a Det Sgt within East Leicester CID. I’ve been in this role for nine months, and I’ve been a police officer for nearly 26 years.

Q. Why did you decide to become a Fed Rep?
A. I’ve been a Rep for five years now, and originally I wanted to work out what had happened with our pensions. Then I got involved in so much more that the Federation does, which I had no idea about before. So much help with families of people who have been killed or lost tragically, for instance.

Q. Why is it important that Fed Reps are fellow officers?
A. Because they’ve been through it themselves and they do understand it’s not always black and white. It’s not always easy to explain what we’ve gone through, and if people have gone through it themselves and come out the other end they can empathise with it. It’s much easier to explain and to understand.

Q. Is there a particular area you deal with?
A. I’m a generic point of call, to a certain extent, but I also get involved in a few of the PSD cases. And regulations – there’s always that argument about what you can and what you can’t claim.

Q. What would be your advice to a fellow colleague who’s concerned about something or is having trouble with a particular issue?
A. Find your local Federation Rep and talk to them before it goes any further. A lot of the time it’s a lack of trust in the system, and we can reassure them that the systems are in place to look after them. If stuff’s not right, get it sorted and go and see a local rep.

Q. What would you say to colleagues who might wonder where their Federation subs go?
A. The local Reps do lots of really, really good work and I think sometimes that’s overshadowed by national issues. But I haven’t seen anybody in Leicestershire that’s in it for themselves. They’re all in it for everybody else, and for every penny that’s spent we can show where it’s gone. So much goes into supporting officers.